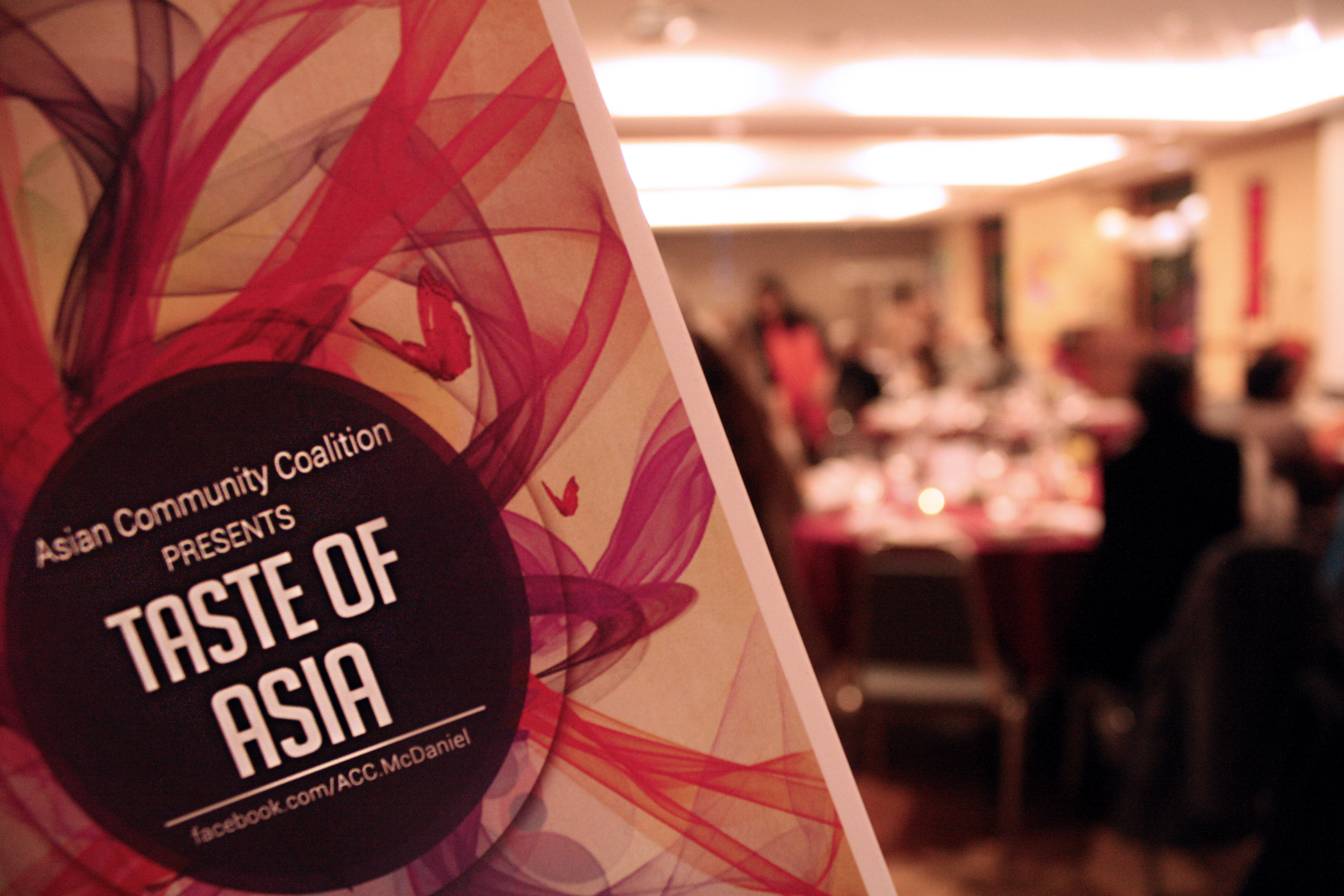 On Feb. 26, the Asian Community Coalition (ACC) hosted Taste of Asia. The event’s theme was “Global Family” and represented countries from all around Asia. It included a dinner with traditional food and entertainment. 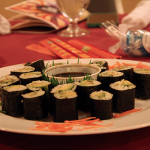 Guests at the dinner were greeted with programs, mints, chopsticks, and cucumber & avocado sushi. Pineapple juice, citron tea, and water were also available upon arrival. 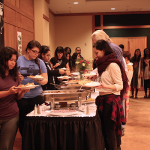 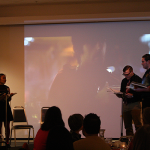 The Elementary Chinese class taught by Szu-Yu Chen performed the song “Duibuqi” by Transition along with the original music video as part of a skit about their class. “Duibuqi” means “I’m sorry” in Mandarin Chinese, and the song is about not being good at pronouncing the language but getting better with practice. 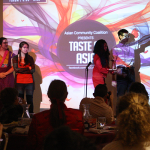 Six members of the ACC perform a skit about families from two different countries. After clarifying beforehand that the depictions did not represent every family from the countries, the differences between the Indian and Vietnamese families brought laughs from everyone in the audience. 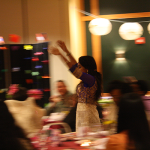 Arathy Manoharan, who performed a Bollywood dance with Lamia Rhymee, entered the audience to bring people onto the stage with her. Over a dozen people crowded onto the stage to learn part of the dance and show their skill. 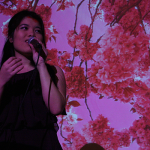 Huyen Bui sings “Time after Time.” It is her second performance of the night. Her first performance was a duet with Dylan Bui singing “Cu Ngu Say.” 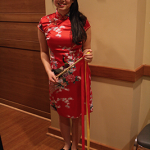 Abigail Rose-Craver stands to the side of the Forum waiting for the finale of the event, the fashion show, during which she performed a traditional Chinese ribbon dance. She choreographed the dance herself and practiced in the weeks before the event while other performers practiced their own dances for the show. 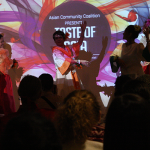 The Filipino Americans of Carroll County were excited to join the ACC in hosting the event. They performed a traditional dance to a song called “Alay.” They say they will be happy to continue to work with the ACC in the years to come. 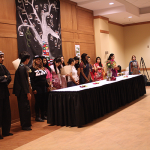 The models and performers for the finale of the event, the fashion show, gather while the club’s advisor, Dr. Lemke, gives the concluding speech. They wear traditional dress and props brought from Asia by members and even a member’s family.