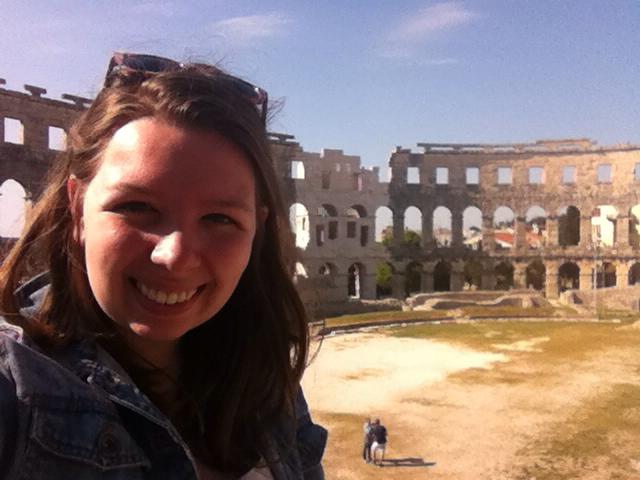 Cicely Hazell, an art history and French double major with a minor in Arabic, was one of the recipients of the Fulbright.

As a French major and Arabic minor, Cicely has always had a passion for foreign languages, teaching, and interestingly, art history. At McDaniel, she worked for Admission and as the French departmental tutor. During the summers, she worked as a teacher, teaching English as a Second Language to high school aged students from around the world.

When asked about her award, Cicely explains, “I applied for a Fulbright to Turkey. There were so many reasons why I chose Turkey: the incredible wealth of art historical sights was of course a huge draw, but more so were the people… I’m excited for the prospect of living in a country that values relationships and community so much, and which is also so different than our own.”

Receiving a Fulbright is not an easy task, as Cicely can testify. There are so many aspects that go into choosing a country and completing your application, so it’s important to start early. I spent some time during the summer working on my essays, and then we probably spent at least a month editing them and perfecting them. It’s a very competitive program, so putting all the effort you possibly can into your application is necessary” states Cicely.

Part of Cicely’s success on receiving the Fulbright, as well as in other aspects of her life, was her connection to mentors. “Martine Motard-Noar, Susan Scott, and Carol Zaru have all been huge influences on my life and have brought me to where I am. Carol and Martine wrote two of my recommendations for Fulbright, and I know they are a big part of why I got it” says Cicely.

Cicely’s words of wisdom: “Talk to Josh Ambrose! I cannot emphasize enough how helpful he is.”