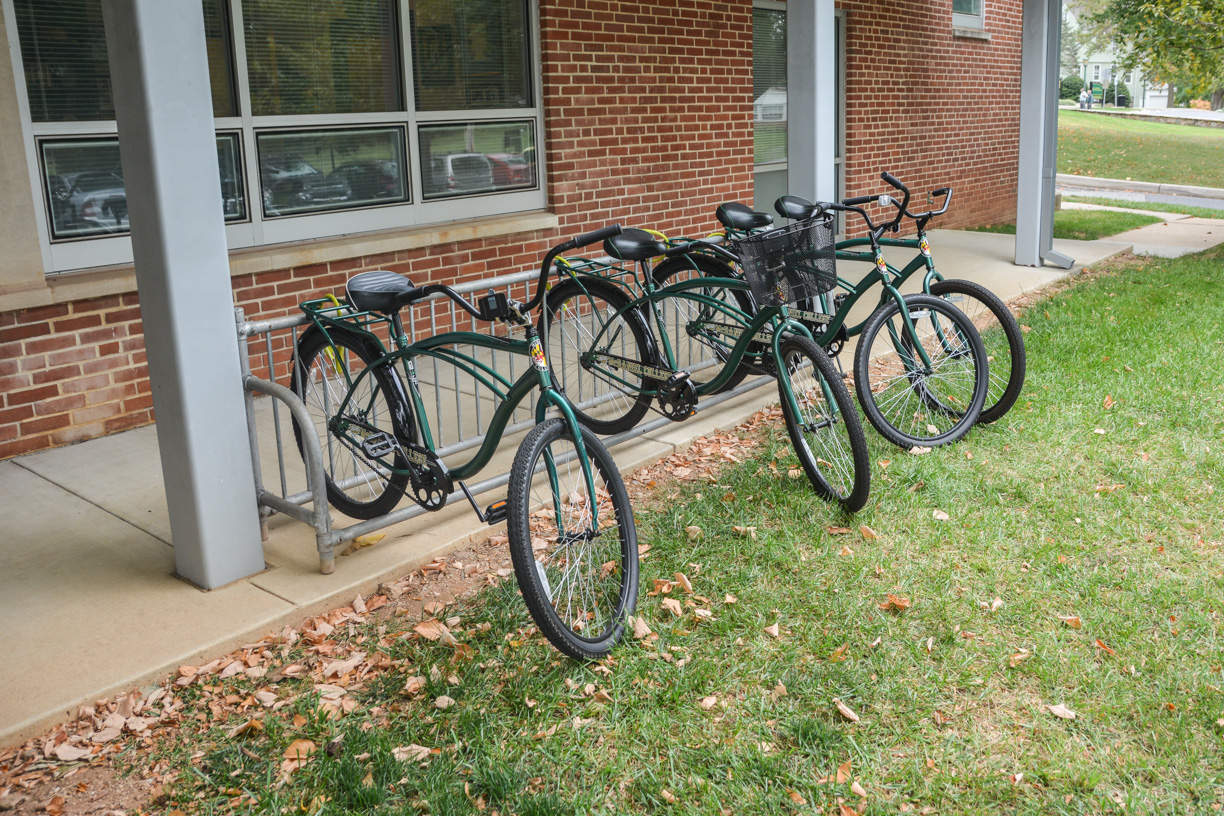 Students can now find a group of green bicycles sitting outside of Campus Safety. Believe it or not, these bikes are for all to use for free in order to travel around Westminster at any point during the week. This constitutes McDaniel’s very own portion of a growing global bike-sharing trend.

According to the Earth Policy Institute, the concept of bike-sharing first became a reality in 1965 in Amsterdam, Netherlands when 50 bikes were dispersed around the city for public use. However, many of these bikes were quickly stolen or damaged. More practical versions of bike-sharing occurred in Denmark during the 1990s. A prime example is Copenhagen’s Bycyklen system, which involved coin-operated usage.

In 1998, the city of Rennes, France introduced a computerized bike-sharing system with 200 bikes. Other major French cities followed this model, with systems being introduced in Lyon and Paris. According to a paper by Susan Shaheen et al. transportation via bicycle in Lyon increased by 44% as a result.

Bike-sharing has also made its way into the United States. An early system, says the Natural Resources Defense Council, formed in the District of Columbia, beginning in 2008. The concept has now spread throughout the country with bike-sharing options in many major cities. Several universities have followed suit by creating their own bike-sharing systems. These include New York University and the University of Washington, among a variety of others.

Although encompassing a modest four bikes, McDaniel’s bike-sharing program is beginning to take hold. Kamiko O’Rullian, the president of the Student Government Association (SGA), defines McDaniel’s bike share program as “…an alternate to transportation for students to pick up bikes for free from the Office of Campus Safety.” 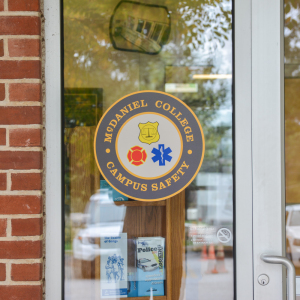 The new Bike Exchange is provided through Campus Safety. Photo by Kyle Parks.

This bike-exchange program is sponsored by the SGA, but provided through Campus Safety. O’Rullian notes that the SGA needed to look up state laws to assure the program would be secure from a legal and safety standpoint. After this, the main objective was getting Campus Safety involved. According to O’Rullian, Dean Gerl was highly instrumental in the process, with many of the negotiations taking place over the summer.

On the SGA’s reasons for creating a bike exchange, O’Rullian states, “ a lot of students don’t have access to transportation. We do have the Pickle, but it only runs on weekends and a lot of students were complaining that they would like other sources.” Additionally, O’Rullian says, “another goal for this program is to get students more involved in Westminster, specifically Main Street.”

Beyond plain transportation, there are a variety of benefits to bike-sharing. The Pedestrian Bicycle Information Center gives four main benefits: health, since cycling requires physical exertion, unlike riding in a vehicle; economic, since bicycles do not require fuel and have minimal operating costs; environmental, since riding a bike instead of a car limits fossil fuel usage; and finally, there is an element social justice, since bike-sharing gives individuals of lower socioeconomic status better access to transportation.

Among students, the bike exchange has mixed responses. Junior Nina Garfield notes that she dislikes the Pickle’s schedule, but also “wouldn’t ride a bike in the area.” However, she notes, “for people who want to ride a bike, [the bike exchange] is good.” She likes the idea of the bikes opening up Westminster to students, but says, “for events, I’d only go with friends.”

Moreover, freshman Corey Cathey thinks that the bike exchange is better than the Pickle in some ways and worse in others. He states, “the Pickle is good for shopping and bikes are better for just going around Westminster.” Cathey is interested in becoming more familiar with Westminster, since it’s the area he now lives in.

Lastly, sophomore Sean Dumele seconds Garfield, saying, “I don’t personally ride bikes, but [the program] is good for people who do.” He also points out that bikes are not ideal for long-distance travel, stating, “If I used it, I would just go to Safeway or the barber shop.”

Despite possessing some inevitable limitations like other modes of transportation, the bike exchange is doing well. McDaniel’s program began on Sept. 14 and there were 31 checkouts in the first week. O’Rullian claims that the SGA is planning to purchase more bikes and hopes usage will continuously increase as more bikes become available. She states, “I hope that [the program] grows and that students can connect to Westminster more, because it hasn’t really been a college town for many of us…”