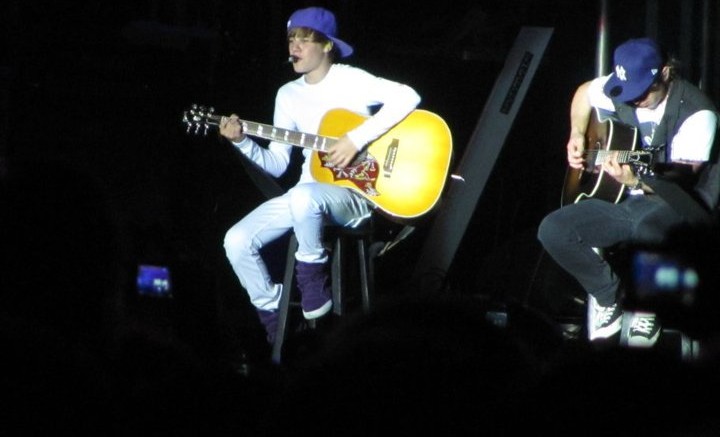 Can Justin Bieber’s new single bring him back from the fringe of popularity?

What Do You Mean’s synthetic beat and laid-back vocals took the song to No. 1 on Billboard’s Hot 100 at its debut, where it currently sits at No. 2 three weeks later.

Bieber’s new single echoes his early pop music with its airy sound and light percussion – a change from his last work, Journals, which was heavily influenced by R&B. Leaving the R&B influence behind and taking on a more mainstream sound has already brought Bieber back into the spotlight, a new VMA performance under his belt. And he has the right to be there: the new single is catchier and a lot more listenable than Journals.

Bieber starts by serenading about his girlfriend’s indecisiveness – asking to “make up your heart” and going back and forth between whether she’s happy or complaining in the verses that are shorter than the choruses.  The choruses, which make up for the brief verses, contain undeniably catchy juxtaposition: “Don’t want me to move/But you tell me to go.”

Ending the song is a popping outro in which Bieber plainly tells his love interest to “be more straight-forward” and asks, for the twenty-seventh time, “What do you mean?”The repetitiveness can be overlooked, however; every element pulls together to make a solid, pleasing song.

Bieber is off to a good start. Will his following songs be as successful and as memorable as What Do You Mean? Will the new attention his new song gathered re-launch his career? Or could he still slip back to the verge of a has-been?