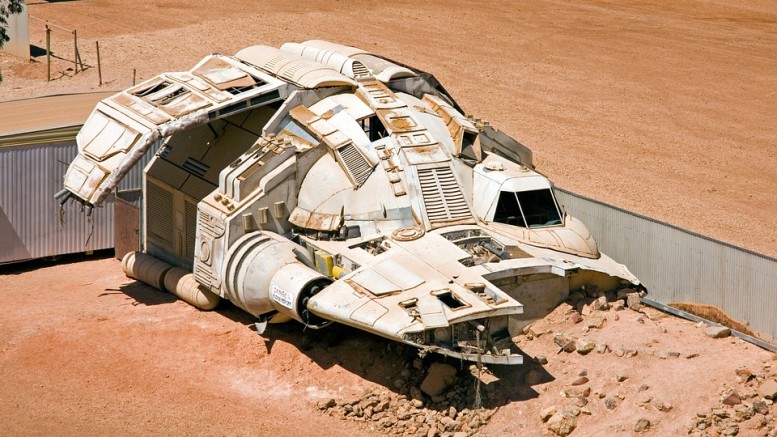 Crash-landing on Earth December 18, 2015, the Star Wars story continues with Disney’s Star Wars: Episode VII, The Force Awakens. That’s right, I said it, Disney. When I first heard this I was distraught. Not only had Lucasfilm sold out, but they had sold out to the company responsible for bringing us three separate High School Musicals. What if during an epic clone shootout the officers broke out into dance battles? However, being a Star Wars fan, I was willing to at least watch the trailer, and was curious about the specifics.

Courtesy of the official Star Wars twitter page, we can confirm that the force will be awakened in a setting that takes place 30 years after the last movie, Return of the Jedi. Personally it didn’t feel real until they confirmed this. And even when they did, my mind instantly jumped to all of the series diminished by Disney – Cars, Planes, Air Bud (and his infamous offspring) to name a few. For the sake of the force, I had to force myself to stay opened minded.

Directed by J.J Abrams and written by the notorious George Lucas, this epic furtherance of the Jedi’s tale has blasted ticket-sale records into far-away galaxies. Fandango, movie-retailer, said this film, on opening day, sold more than eight times as many tickets as The Hunger Games which was the previous record holder. This fact alone was enough to get me on YouTube to watch the trailer.

First off I have to say, from the looks of it, I’m sorry for doubting you Disney. The iconic special effects and imagery seem just as, if not more, jaw dropping as the originals. The chills running down my spine were enough evidence to make my wary opinion of this interpretation do a complete 180. Side note – Harrison Ford, the man who shot first, is back and older than ever. I mean who doesn’t want to see Harrison Ford’s aged eyes fill with nostalgia as he recaps the tale all Star Wars fans grew up on? I am definitely going to see Disney’s rendition of this tale of intergalactic warfare, and if you’re on the fence, and really hoping it wont ruin the series for you, I suggest you watch the trailer.

McDaniel football: A program about more than wins and losses