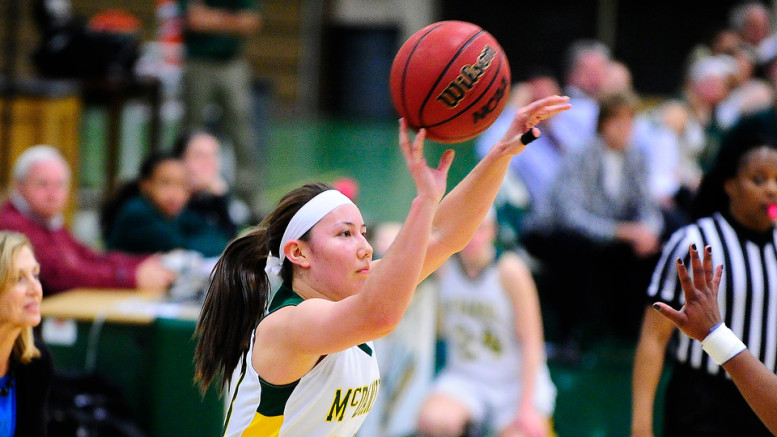 The women’s basketball team is on a roll with their 14-point victory over Washington (Md.) on Wednesday evening.  This was the team’s fifth straight victory, and they are only getting better with each game they play.

The last game I attended was on Feb. 10 against Johns Hopkins. It was clear that the game was full of intensity and competitiveness. At the start of the second quarter the score was low, but it was clear clear that it was still going to be a hard fought battle the rest of the way.

The most important play came during the final seconds of the game.  In a nail-biting finish, with just two seconds left on the clock, Johns Hopkins committed a foul, sending McDaniel’s Jasmine Smith to the free throw line.

After sinking the first foul shot, Smith missed the second, forcing Hopkins to rebound and launch the ball down the court for a last-second effort.

In the end, McDaniel seemed to have much more determination to finish the game strong, which led them to victory. After seeing this game, I am looking forward to attending more in the future.

“I’ve seen a couple games during the season and they all have been great. Very exciting,” says Paul Flagg, a McDaniel student. “I think this is a great opportunity for them to go far in the playoffs.”

McDaniel’s five-game win streak was broken on Saturday against Gettysburg, but they will face the Bullets again at Muhlenberg on Feb. 26 in the Centennial Conference tournament.

A glimmer of hope for hockey fans