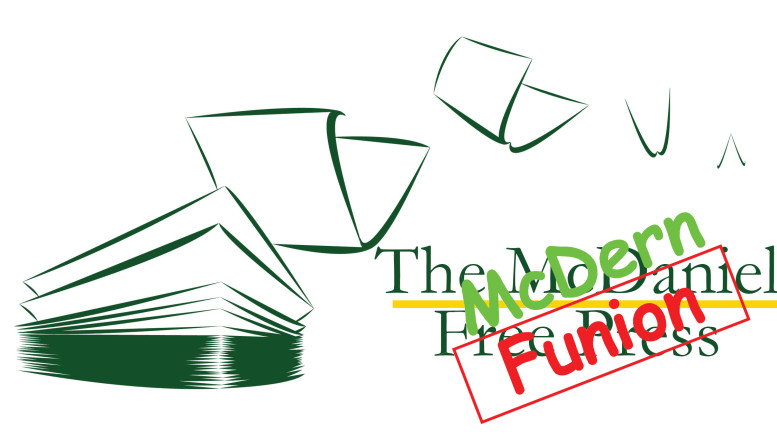 The ensemble began as an effort to console beloved News Editor Stefan Specian, who, after trying to call someone eight unsuccessful times, needed the support from the group.

“We did this because we kinda care about the well-being of the newspaper, I mean, his personal well-being” says Hannah. “The ensemble is a symbol of our support.”

The Free Press’ ensemble does not lack talent whatsoever, as three out of the four member have musical experience. Hannah and Melanie have the most experience of the ensemble, having played the violin for 14 and 11 years respectively.

“All I remember is seeing them fight with each other as we chose who would play first violin,” recalls Kelsey. “Hannah got all fierce and yelled she’s best suited for the part as she has played the longest.” Melanie had to settle for the second violin part.

Jimmy took the cello part, as his experience reading bass clef in choir suited the part. Kelsey was perhaps the editor with the worst part, as all she had left to pick was the viola part. “Nobody likes the violas” remarked Kelsey after the decision.

After hearing the personal concert of Wednesday night, Dr. Casey proposed a collaboration between him and the Free Press’ Little Orchestra (the name for the editor’s ensemble) for his second upcoming album, as he desires a more orchestrated set of songs to appeal more to his generation.

The ensemble asked for free tuition in return of this collaboration, and they are still waiting for a response from Dr. Casey.

Kingsman: A New Spin on the Classic Spy Movie