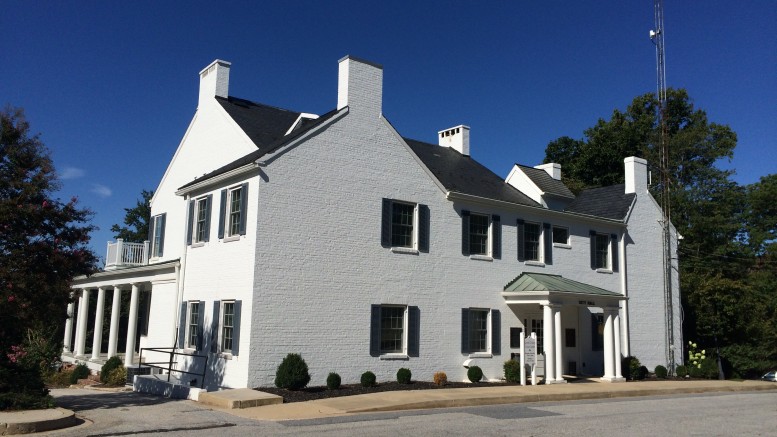 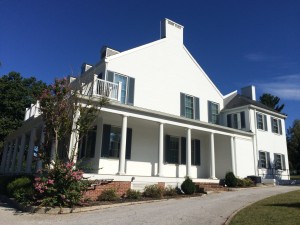 City Hall from the back.

At 1838 Emerald Hill Lane sits Westminster’s City Hall. The elegant white walls rise up the entirety of the two story facade with large, square windows blocked out every few yards. From the front, the words “City Hall” in square, capital letters frame the top of the entrance, met by two columns on either side.

A view from the back reveals a sweeping porch with an overhang, also held up by similar pillars. A second-story rooftop deck can be seen above.

Across the street, a quaint park is home to the masses of squirrels and visitors alike. A war memorial garden with flagpoles lies within. 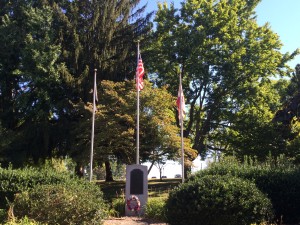 The war memorial garden at the Emerald Hill park.

The Emerald Hill estate was purchased by the City in 1939 when it was adapted from a residence into city offices.

The property was built and developed in 1842 by Col. John K. Longwell, one of Westminster’s more notable historical figures, whose name can be seen canvassed throughout town.

The estate was purchased from Charles W. Karthause, and known as Resurvey of Bedford. Longwell promptly changed the name to Emerald Hill following construction of the house. He resided there until his death in 1896.

Longwell first established a newspaper hauling when he moved to the city in 1833, according to state documents. He used the business to establish Carroll County with Westminster as its seat. For good reason, Longwell’s name is nearly synonymous with Westminster itself.

A man of educational interest, Longwell helped develop many of the first learning institutions in Westminster. The Colonel was also elected to the first board of trustees of Western Maryland College where he served for many years. 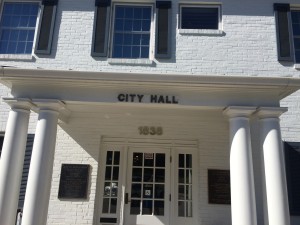 The entrance to the Emerald Hill City Hall building.

After the death of Longwell’s heir, Sallie K. Longwell, in 1907, many of the estate lots were sold off, creating many tracts to be developed by other citizens. Eventually, the entire mansion was sold off.

The 1939 purchase by the City saw $12,000 for the estate and was authorized under the administration of Mayor Frank A. Myers.

Since the house’s construction in 1842, the property went from the residence of one of the county’s leading figures to the offices of leading officials.

Wondering where exactly to go to see City Hall and don’t want to use the street address? The Maryland Historical Trust Sites Survey describes the property as “on a rise overlooking the City of Westminster between Longwell Avenue and Locust Street. It faces south and is located about 200 yards north of East Main Street.”