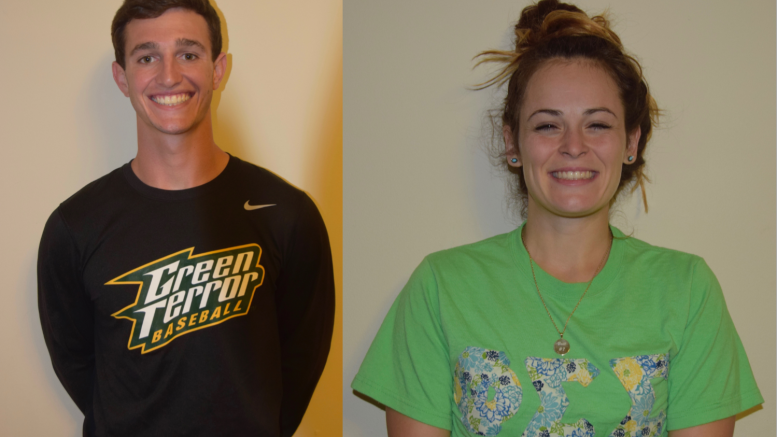 For many students, coming to McDaniel College means playing a Division III sport for four years. Although this is the plan for many, it does not always play out like one would hope.

School, personal issues, and many other reasons can get in the way of this four-year plan.

Talking with Cody Dorsey, a former baseball player, and Brittany Powers, a former softball player, I was able to gain more insight on this topic.

Dorsey has played baseball since he was six years old. His parents spent countless hours helping him throughout the years to prepare him for playing at a collegiate level, making the decision to leave even harder.

In order to graduate on time, Dorsey not only needed a full schedule, but also an internship. If he wanted to do both he would have only been able to attend half of the games and practices.

“I am not a person to only put partial effort into anything that I set out to do. Missing half of school or half of baseball was not an option for me,” said Dorsey.

Unfortunately, baseball would be a hindrance to his education, therefore ending his career. He is hopeful that one day he will be able to coach high school baseball and/or play in an adult league.

Powers began her career in softball at the age of four. From a young age her family could tell that this was the sport she was meant to play. When she was recruited for the team here at McDaniel, it didn’t come as a surprise to her friends and family.

Ultimately, she decided to leave the team, and with a short explanation, her family quickly understood.

After putting an end to her softball career, she went through formal sorority recruitment and was inducted into Phi Sigma Sigma.

“I am much happier now that I have time to focus on life outside of softball,” continued Powers, “I love having more time for myself and my friends.”

Adjusting your schedule after being in a sport for most of your life is the most difficult aspect of leaving the team.

“Having more time to work on my personal life and school life was something that created a stress free schedule for me. The hardest adjustment was not having a team to work out with every day, but I quickly was able to create my own workout,” Dorsey explains.

McDaniel athletes commit a lot of time to their sport. There is no such thing as an off day. Sports that play in the fall have practices and scrimmages in the spring and sports that play in the spring have practices and scrimmages in the fall. Powers touched on the topic of “Fall Ball,” saying, “I spent just as much time on the field in the fall as I did in the spring. Our coach had us starting practices after a week of being back on campus.” Softball players at McDaniel have to become accustomed to 6:00 a.m. lifts and afternoon practices the same day, multiple times a week.

The social scene adjustment is a phase that does not immediately come to mind when thinking about leaving a sport. When you start to think about all the off-field activities, it starts to make a bit more sense. Teams often go out to eat after games and practices, attend local events, and hang out on weekends. While friendships last past the termination of the player’s time on the team, it’s normal to not spend as much time together.

While playing a sport at McDaniel is a huge part in athletes’ lives, these athletes have learned that it is not everything. Having a more open schedule leads to the ability to take more classes and focus on their degree, make new friends outside of your sport, join new clubs that you never had time for before, and have more time to sleep and eat.

I am in no way trying to push people to quit their sport. I am simply writing to help people understand more about what students go through after stopping the sport they love.