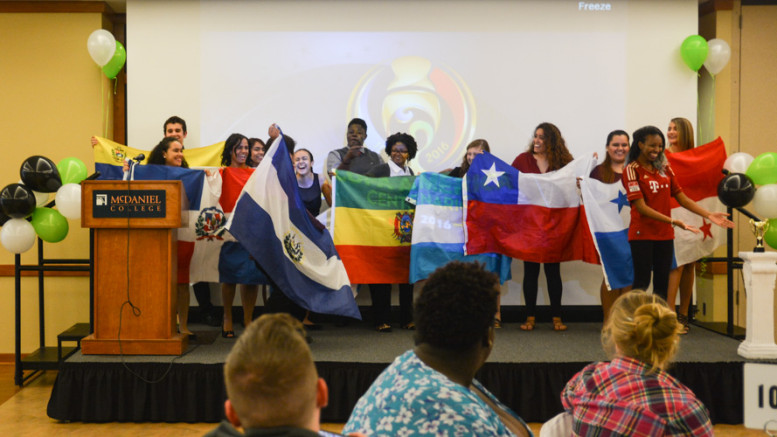 A love for one’s heritage is felt on many levels—especially when it comes to a passion for soccer. This love was reflected during the Hispano-Latino Alliance’s Taste of Latin America dinner the evening of Oct. 5 in the Forum. 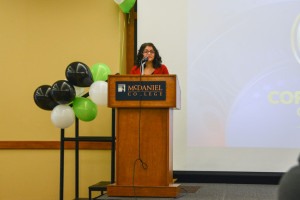 This year’s theme was Copa America, exploring the roles that soccer plays within Latin America and the world. On the theme, Jocelyn Diaz, HLA’s president, states, “…our goal was to show people that soccer sometimes can be a stereotype for Hispanics and Latinos, but we wanted people to know that soccer is more than just a sport that we love… a lot of times it’s the way to find a comfort zone—it unites us, and people who play this sport find a family in their team.” Diaz cites her own experiences growing up with soccer—her teammates grew to be like siblings to her.

The dinner began with members of HLA parading through the Forum, each bearing the flag of a Latin American country. After opening remarks from Diaz, attendees were invited to eat. The food selections came from a variety of Latin American origins, ranging from Cuban salad, to Peruvian style roasted chicken, to Argentinian delicacies such as eggplant milanesa and wheat berry stew. Guests were also able to enjoy apple fritters and tres leches cake. 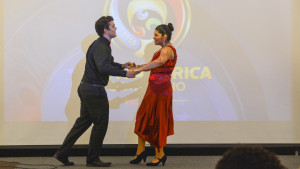 The well-fed audience was treated to a variety of performances showcasing Latin American culture, all of which were introduced by hosts Manny Rodriguez and Sergio Romero. The acts started off with a video featuring HLA members explaining the significance of soccer in their lives. Afterhand, students Jasmin Chavez and Mario Fernandez performed a salsa dance.

Following this dance, Yessica Rodriguez recited “Amor Salvadoreño,” a poem by Tracy Lopez highlighting the love Salvadorans feel for their nation, referencing major geographic features of the country in addition to a variety of significant traditions and delicacies.

Then came the time for HLA Dancers to perform two popular forms of Latin American dance—bachata and merengue. Both originate in the Dominican Republic, but have become highly popular in many regions of the world.

Janette Carpio recited an original poem reflecting on the plight felt by her and her mother, but also millions of Latinos around the U.S. Despite passing for white, Carpio’s reality includes her mother who works tirelessly as a domestic worker.

Next, guest were shown videos, including one detailing the U.S. Soccer Foundation’s program Soccer for Success. This program seeks to empower disadvantaged youths through soccer. 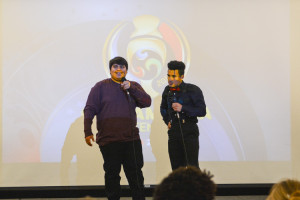 Later, HLA members performed a skit. Members played with a soccer ball, but were skipping school. An adult figure told them that they can of course play soccer, but they should attend school as well.

HLA member Jasmin Chavez then presented a poem outlining how she has come to love two cultures: both American and Salvadoran, and how she intends to eventually take her love to the White House. After speaking, Chavez performed a Salvadoran folkloric dance.

Diaz is quite pleased with the outcome of the event. She was glad to have a diversity of performances, with poems, dances, videos, and a skit. Overall, though, Diaz believes that soccer is a way to unite the world “because it’s not only a passion in Latin America… a lot of people who are not Hispanics or Latinos said that it is also a huge sport in their countries.”

The new normal of admissions events on the Hill