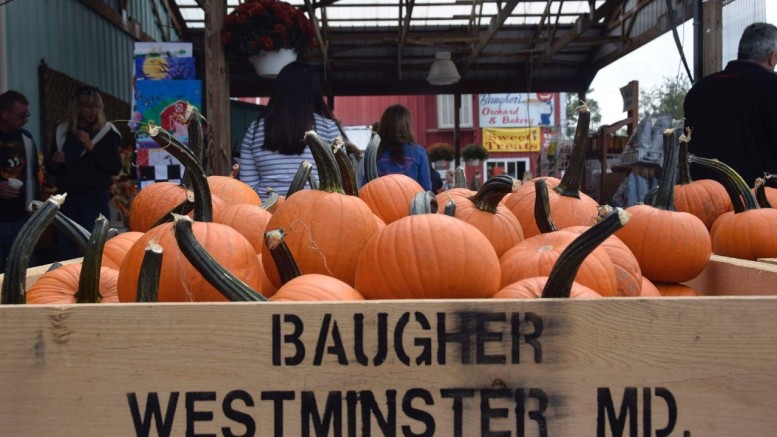 Pumpkins for sale at Baugher's Orchard. Photo by Grace Hounsou.

The taste of picking your own apple is so much better than any apple from Glar. Don’t believe it? Take a trip to Baugher’s Orchard and see for yourself.

Baugher’s Orchard has been a working fruit and vegetable farm since 1904. In 1752, Johannes Georgius Bager came to the United States from Germany, changed his name to Baugher, and married Elizabeth Schwab. They had 13 children. One of these children was Daniel.

Daniel Baugher bought a farm in 1904 to support his wife and children. In 1933, after Daniel’s death, his son Edward purchased the farm from the rest of his family, and continued the legacy of Baugher’s. What started as a 60-acre piece of land has now become a 600-acre operation – one of the largest in Maryland. 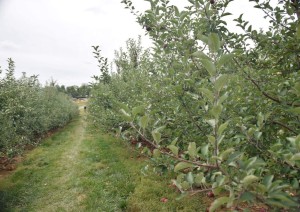 Visitors board a hayride and are taken to the farm on a five-minute voyage through the Carroll County countryside. With hay bales as their seats, visitors take a bumpy ride, partaking in a favorite American fall tradition.

When visitors to the farm were asked how they felt about coming to Baugher’s, one mother of three said, “it is a great way for me and my husband to teach our kids how to pick pumpkins or apples while enjoying some family time together.” Another mother said that “it is something we do every year with the kids, and they really love it because we get to bake those apples together when we get home.”

For the younger ones who visit Baugher’s, there is a petting zoo – with lambs, goats, donkeys, chickens, pigs, turkeys and guinea hens – two playgrounds, and a gazebo.

Baugher’s has also expanded since its beginning to include a restaurant and fruit market. It is still run by the Baugher family, who continues to appreciate its customers and employees. People travel all the way from Baltimore to pick fruits and to buy Baugher’s fresh products: pies, apple cider, tomatoes, and more.

Many students from McDaniel visit during the pumpkin and apple picking seasons to de-stress. Recently, McDaniel’s Global Initiatives group took a trip to the orchard. Lucile Oge, the director of the French House on campus, says she went to Baugher’s to try something new. 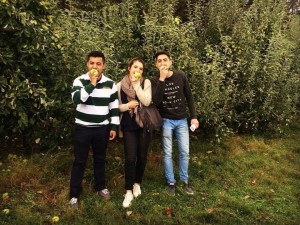 “I have never done something like this before, and I think it will be something fun to try out. Also, I enjoy baking, so I think I will make some apple pies with my apples,” she says. Many enjoy the freedom to eat as many apples as they please, free of charge while in the orchard.

Elizabeth Davis, the Director of International & Off-Campus Programs, says, “I grew up on farm, so going to the farm today reminded me a little bit of home.” Davis didn’t pick any apples, but she enjoyed walking around and spending time with students.

The best way to know the apple you are eating is fresh and free from germs or preservatives is to go and pick your own. But when you go apple picking at Baugher’s, you not only get a fresh apple – you get a break from the pressures of school out in the country, and quality time with friends and family.

Is Your Resident Assistant a Snitch?