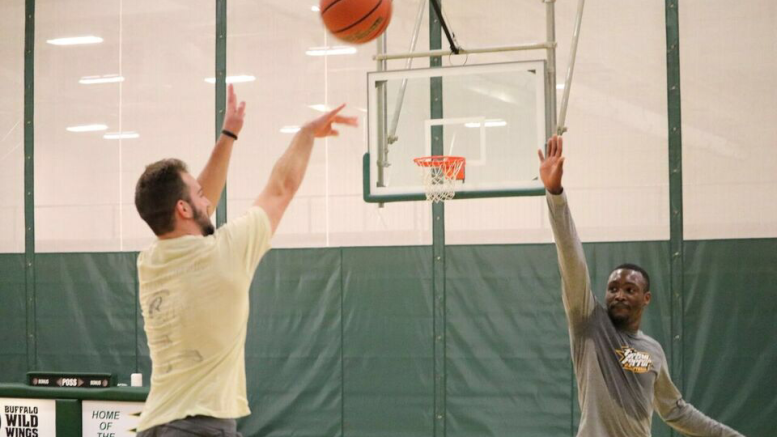 Sports are very powerful. They take you through the highest of highs and the lowest of lows, bringing out almost every emotion along the way. They teach you lifelong lessons through victory and defeat, and develop important skills like hard work, leadership, and perseverance.

The greatest thing about sports is that no matter how many times you’ve played, you never want to stop winning. Once you’ve felt what it is like to win, you can never get enough. You keep coming back for more and more. That is, until you aren’t able to any longer.

The hardest part of any athlete’s career is the day they leave the locker room for the last time and realize it’s all over. When you’ve put everything you have into something for so long, it holds a special place in your heart.

For those athletes who were not able to play at McDaniel, they can find a new home in intramural sports.

“There are moments when I’m playing and I’ll have a flashback,” said Tyler Krebs, “It’ll remind me of a specific play from high school and that’s what I love most about it,” the intramural football player added.

Intramural sports at McDaniel can be taken rather seriously.

Antonio Rosanova, a member of an intramural basketball team, says that “it gets pretty personal. Everybody wants to win, which makes tempers flare. I’ve even gotten kicked out of a game before.”

Even for athletes whose sport may not be offered through the intramural program, many still enjoy getting out there and playing. It may not be about the sport itself, but simply competing. In fact, many intramural athletes play in numerous intramural sports, even if they have never previously played.

“I’ve never even played soccer” says sophomore Griffin Mahon. “I just love the thrill of competition. I get fired up, whatever sport I’m playing.” Griffin was a member of the championship-winning intramural soccer team.

Athletes here at McDaniel have been competing for so long that they crave it. From the moment you play your last game, there’s nothing you wouldn’t do to get back out there and do what you love the most. That is why intramural sports are so important.

Even if you have never played sports before, you can still join an intramural. If you only want to compete and have a good time with your friends, intramural sports are perfect for you. There are tons of participants who are out there playing for the first time. The point isn’t to show how talented you are, but rather to go do something you love and have a good time doing it. This is true for everyone.

Students who have an interest in joining an intramural team for the spring semester should contact Steve Corrieri at scorrieri@mcdaniel.edu or visit McDaniel’s intramural website at IMLeagues.com.