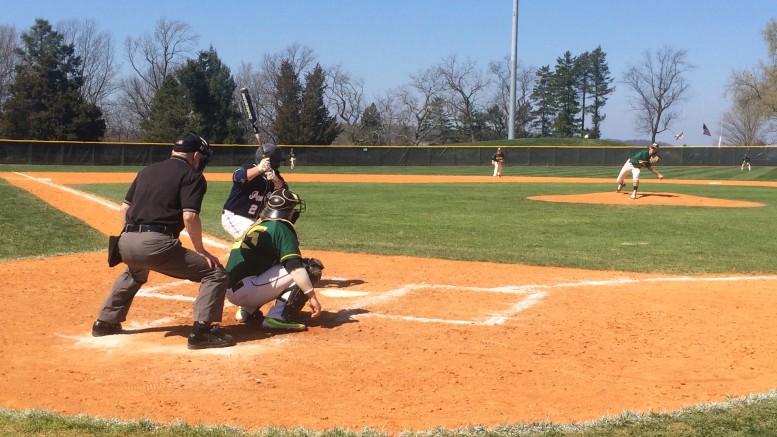 As the spring semester nears its halfway point, athletics on the Hill are picking up with plenty of action for students to see both on and off campus. Men’s and women’s basketball, wrestling, and swimming closed their winter seasons last week and both men’s and women’s indoor track and field will attend their final meets of the season at the ECAC Championships in Ithaca, N.Y. this weekend. So what’s left for students here on the Hill? Plenty.

Women’s lacrosse earns the first stab at a home game in Westminster this March as they take on the Gettysburg Bullets on March 2 at 4:30 p.m. Men’s lacrosse will host Adrian at 1:00 p.m. on Saturday for their first home contest of the month and the women will see Montclair at the Gill Stadium Sunday also at 1:00 p.m.

Baseball, softball, and both men’s and women’s tennis will head to Florida for spring break, playing around the state throughout the week, while women’s and men’s golf head to North Carolina.

Men’s lacrosse will stay in Westminster for break and play host to Albright on March 11 and Wooster on March 15, both at 1:00 p.m.

As break winds down, women’s and men’s lacrosse will host the respective teams from Roanoke on March 18 with all the action starting at noon from the Gill Stadium.

Once classes resume, Catholic will send a barrage of teams to the Hill, facing off against baseball, women’s tennis, and men’s tennis on the March 21 and 22. Baseball will close off the first week back with a home game against Penn St.-Berks at 3:30 p.m. on March 23.

Golf will pick back with the McDaniel Spring Invitational at the Bridges Golf Club on March 25 and 26 as Centennial Conference action finally gets underway for spring sports back on the Hill.

That Saturday, Softball will play a doubleheader against Franklin & Marshall while men’s and women’s tennis fight it out against Haverford. Sunday, Swarthmore will be on campus to put up the fight against men’s tennis.

Monday, March 27, baseball will see Penn St.-York at 3:30 p.m. and Stevenson a day later before going on the road to play Hood on Wednesday, all non-Conference games.

Men’s tennis and women’s lacrosse will host Franklin & Marshall on March 28 and 29, respectively, before men’s lacrosse hosts Dickinson in the evening on the March 29.

April will see an additional 35 competitions in eight different sports on campus with the possibility of additional playoff games.

As always, an up-to-date schedule of all McDaniel athletics can be found by visiting mcdanielathletics.com/composite or by following the Free Press and McDaniel Athletics on social media. Sporting events on campus are free and open to the public and all students are encouraged to attend, even if it’s their first time out. Those who have interest in writing about any aspects of sports on the Hill should contact the Free Press directly through our organization email or by reaching out to the Sports Editor.