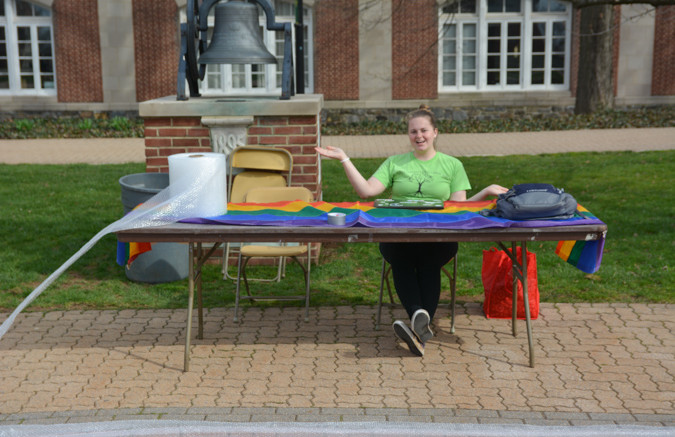 The first week of April signifies the beginning of the spring for many students. However, for the McDaniel community, this week also signifies one other event: the celebration of sexual and gender diversity.

Allies’ Week, which took place from April 3 to April 7, celebrated the diversity and acceptance of different sexual identifications through a series of events spread throughout the week.

The week began with members of Allies, the main organization behind the events, sitting outside of Glar, asking people to define an “ally.” Some of the quotes were as simple as “support” and “silence is violence,” though some of them were more detailed. 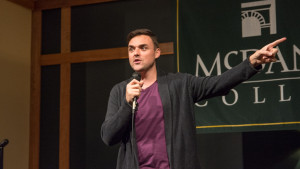 Sam Killerman entertained an audience while bringing up a story about gender and sexuality. Photo by Kyle Parks.

“It means actively seeking out ways to show your support. It means more than just saying you are an ally,” reads one of the quotes. Another one reads, “Being an ally means being open and accepting and being a good listener.”

All these notes were placed in the windows of Ensor Lounge the next day, for everyone to take a look at them.

Wednesday was perhaps their busiest day, as Allies held two event during that day: “Stomp Out Homophobia” in the afternoon and “It’s Pronounced Metrosexual” at night.

Held in Red Square, “Stomp Out Homophobia” provided bubble wrap for people to stomp on or pop with their hands as a way to release stress and as a gesture of disagreement with homophobia. Students were welcomed to stop by and have a discussion with Allies’ club members about how to fight against homophobia.

That same night, Allies welcomed Sam Killermann for a discussion about what it means to be metrosexual at “It’s Pronounced Metrosexual.” The night was filled with narratives and discussion about gender and sexuality, derived from external sources as well as from personal experience. 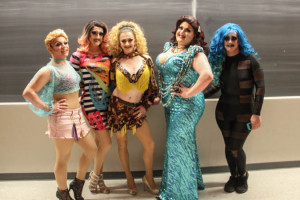 On Thursday night, the drag show, now a staple of the spring semester, took place in Decker Auditorium. All the proceeds from the show, including ticket sales and tips during the performances, went to the Trevor Project. In total, Allies managed to raise more than $350.

To end the week, Allies hosted a game room night in Glar in collaboration with McDaniel Green Terror Radio.

When asked what to expect from this week, Allies’ President Amanda Berger said, “I’m expecting to draw more attention to the fact that we have a LGBT+ community on campus and that we are supportive of them.”

Members of Allies believe Allies’ Week once again successfully raised awareness of McDaniel’s LGBT+ community, and hope that this message of acceptance keeps on spreading as the semester continues.

Rhythm Griots: A glance at African music and culture