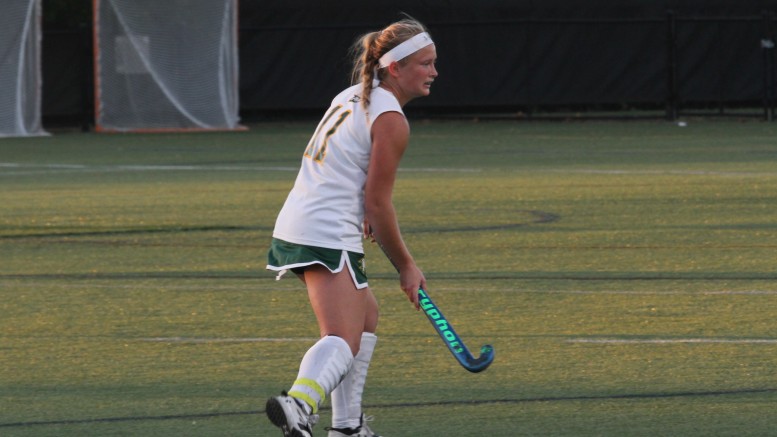 Megan Quattrone scored the lone goal for McDaniel (1-9, 0-5) in the 62nd minute to draw the score to a final 6-1. Quattrone was assisted by Gabrielle Yore off an Emily Farrell penalty corner.

McDaniel is playing with just one field-ready substitute, Jones said.

Others are playing with ailments ranging from broken toes to back problems, said Jones. Another just recovered from mono.

Franklin & Marshall held the edge on penalty corners 14-1. McDaniel was able to capitalize on their lone corner.

The Green Terror came out of the break somewhat renewed, holding the Diplomats to 15 shots. The Terror again put up one shot for two on the day.

“I’m pretty proud of the second half they put out there,” said Jones.

Quattrone now leads McDaniel with three goals on the season.

Yore and Quattrone lead in assists with two each.

“I’m just glad they’re continuing to support each other,” said Jones. “They’ve managed to stick together.”

The Terror have gone 24 days without a win, but look to Bryn Mawr as a potential first win in the conference.

“There’s a team there at understands the game,” said Jones of Bryn Mawr. “They could take us by surprise.”