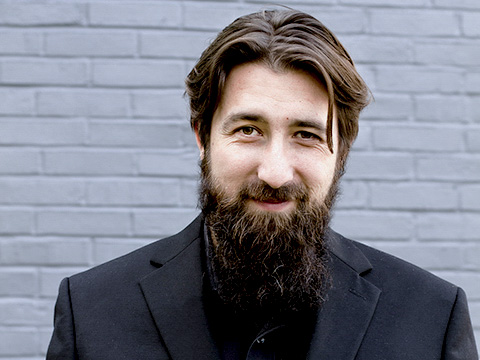 A familiar face at McDaniel is now at a new location! Joshua Ambrose, also known as Prof. A., formerly the Director of the Writing Center (and Free Press faculty advisor) is now the Executive Director of the Center for Experience and Opportunity.

As Executive Director of the CEO, Ambrose’s new duties have been considerably expanded and include overseeing all of the CEO, coordinating the Encompass Distinction, advising the Fulbright Program, as well as teaching several courses. The transition from the Writing Center to the CEO has been great for Ambrose, who feels that he is joining a really accomplished team.

Despite his new position, Ambrose has retained some of his old duties, such as being the Fulbright Program advisor. However, what’s most important through these transitions is preserving the strong community connections developed in his previous position—a personal touch that continues to be a priority to Ambrose.

Ambrose feels that working in the Writing Center prepared him for the CEO, stating that both positions involve interacting with a lot of students and that both help with writing and communication.

When asked if he missed his advising duties to the McDaniel Free Press, Ambrose stated that “I will always have nothing but the highest opinion of the Free Press” and that the paper plays an incredibly important role on campus.

Despite his new expanded duties as the Executive director of the CEO, Ambrose will continue to teach courses. He is currently teaching two this semester. Ambrose stated that he believes teaching is something that every administrator should do.

Ambrose’s arrival has already seen changes at the CEO. For example, the CEO’s new website has been launched. The CEO has seen record attendance at all of their events, too.

Ambrose has high hopes for the CEO office. For example, he stated that one of the goals is to take a leading role in helping work with the Provost on the newly launched McDaniel Commitment. Ambrose is also looking forward to growing the entrepreneurship program and is passionate about getting students involved on campus.

Ambrose stated that he hopes the CEO will be seen by the students as one of the most helpful stops along the way here at McDaniel.