In 1960, the events of homecoming opened with a parade of floats, all of which were part of a contest as a part of the homecoming festivities.

This page from the archives is full of pictures of student participating in homecoming activities. Although McDaniel no longer has a parade down Main Street, some of the same student organizations were present on campus that continue to attend homecoming, such as Phi Delta Theta. 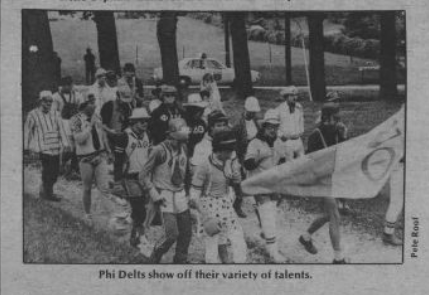 From a 2004 edition of the McDaniel Free Press, the enduring importance of the tradition of tailgating at McDaniel can be seen. 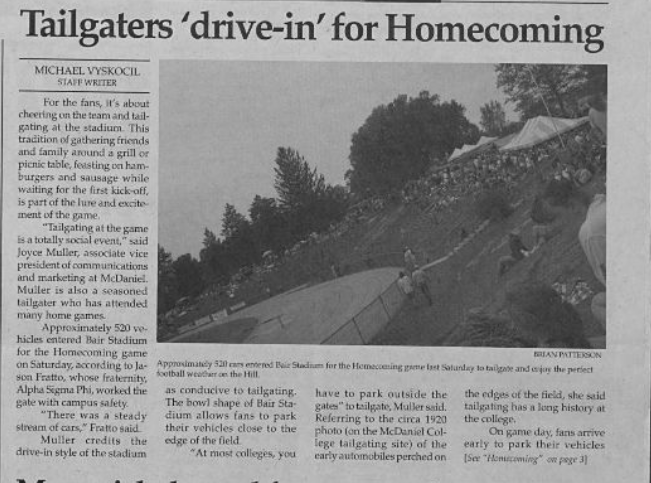