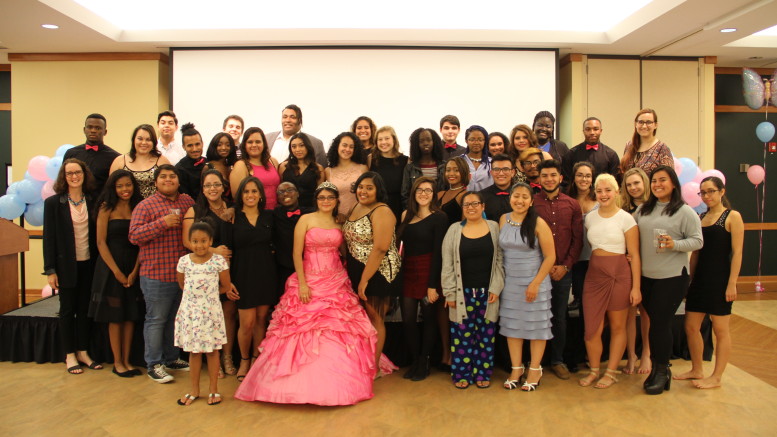 Photo by by Nailah Calhoun

2017 has truly been an eventful year for the HLA club. Earlier this spring, they officially changed their name from Hispanic-Latino Alliance to Hispanic-LatinX Alliance in order to be more inclusive of the LGBTQ+ community that is on campus as well as those that are regularly involved in the organization. Additionally, HLA has reached an important milestone in the Hispanic-LatinX world this year: its quinceañera, or fifteenth birthday.

HLA is a hugely important community for not only its members, but also for campus as a whole. As HLA president Manuel Rodriguez stated, HLA has “brought back his Latin roots.” Further speaking of his goals for the organization, he expressed his desire for HLA to grow as both a family and a group, reflective of the real Latin American world. Commenting on the legacy he desires to leave with the club, he stated that he “wants people to really admire their roots and really enjoy who they are.” HLA has thus far stayed true to these goals, and 2017 has been a truly exceptional year for them.

Every year, HLA hosts a cultural dinner, this year’s landing on Oct. 25. These dinners have always been a night of great food and wonderful dancing, as well as a general exhibit of Hispanic-LatinX culture. This year was extra special for the club and campus, however, due to their quinceañera theme. The dinner began with a speech by Rodriguez, who introduced the concept of the quinceañera to those who were not familiar with it. A quinceañera is a rite of passage for Hispanic-LatinX girls on their journey to womanhood.

HLA’s main focus for the night was to convey a short and simple message that spoke directly to multicultural and immigrant families. They stated that “it is easy for one to forget their own culture, and even more difficult for a parent to bequeath their traditions to their kids.”

To demonstrate this, members of HLA performed a play. Each scene was broken up by various traditional Hispanic-LatinX dances.

The play began with three HLA members portraying a girl and her parents. It was clear that the young girl did not want to comply with her own cultural traditions of having a quinceañera; instead she wanted the U.S. equivalent, a sweet sixteen. In a dream, the young girl was visited by her fairy godmother, whose mission was to showcase, not just to the girl on stage but to all spectators, the joys and traditions that come with having a quinceañera. 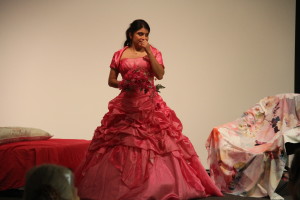 First, to the awe of the crowd, Jocelyn Diaz, senior and former HLA president, came on stage wearing a traditional quinceañera gown. Diaz was also presented with a tiara and a ring, the former symbolizing royalty and the latter symbolizing the bond to family.

Following this scene, dancers appeared and performed the Merengue, a traditional Hispanic-LatinX dance originating in the Dominican Republic.

Following the gift, the dancers returned and performed the Bachata, another hugely popular dance from the Dominican Republic. 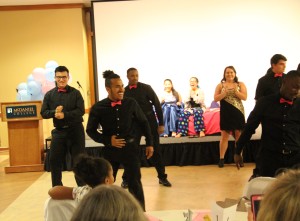 Following the Bachata, there was another short scene with the fairy godmother and the young girl; however, the dancing was not yet over. There was one more dance to be performed, the father daughter dance. This dance is especially meaningful to the quinceañera as it symbolizes the act of the father letting his daughter go to become a woman. This is meant to foreshadow the act of the father walking his daughter down the aisle to present her to her spouse in her future wedding.

Following this very special dance, the final scene of the play was performed. The young girl was finally convinced to have a quinceañera and follow her mother’s tradition.

To conclude, Rodriguez and Dr. McNichols, interim adviser for the organization, gave final remarks and wished everyone a goodnight. As usual, the HLA dinner was both an enjoyable and a meaningful night for all involved. For more information on HLA visit the McDaniel College Office of Student Engagement near Englar Dining Hall.

Rolling Down the Hill: Relief Printing at McDaniel College