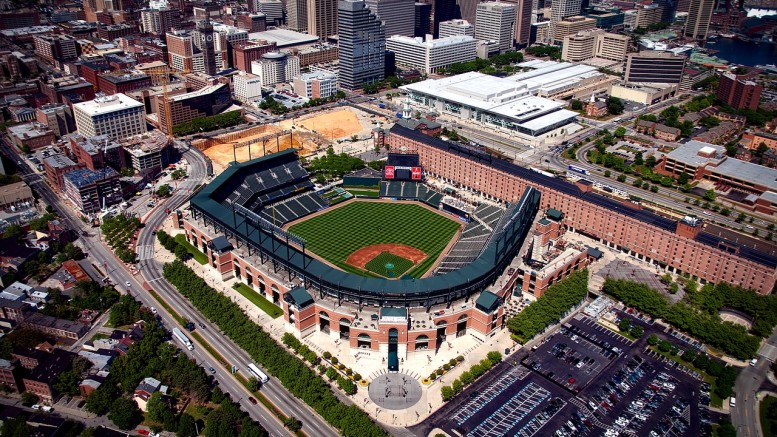 A year after the Baltimore Orioles made the postseason and had a promising record of 89-73, the end of the 2017 season left many fans and members of the front office scratching their heads.

Finishing in last place of their division at the conclusion of the 2017 season at 75-97 undoubtedly raised eyebrows because the roster was almost identical to the previous season. Adding insult to injury, the Orioles cut ties with fan favorite Matt Wieters, who had been with the team since 2009.

The Orioles also saw other players who made considerable contributions not return and sign with other organizations, but that was no excuse for the lackluster season fans had to endure.

Of course, seeing the Baltimore Orioles fail to advance to the postseason was difficult to swallow, but roster moves made during the offseason should give hope to fans for 2018.

With these new contracts, the team looks ahead to seeing how fresh prospects will perform during Spring Training, as the Orioles make final preparations for Opening Day.

Manager Buck Showalter wants to give fans something to cheer for during the 2018 because he knows his team missed out on a golden opportunity letting the 2017 season slip out of their hands.

On the last year of his contract, the three-time Manager of the Year is well aware that his team will have to do the best with what they’ve got and can no longer point fingers and make excuses.

“As I get older, I realize how lucky I am,” Showalter told USA Today. “I think everybody knows what I think of the city and the organization and the people that I’ve come to know. As every day passes, it’s another great honor.”

There is no doubt that Showalter would like nothing more than to return to the Orioles in 2019 and several years after, but for the time being he is only focused on finding success and hopefully bringing the Orioles back to the postseason, which he’s accomplished three times since taking the helm in 2010.

General Manager and Executive Vice President of Baseball Operations Dan Duquette is in a similar situation as Showalter. His contract also set to expire after the 2018 season, but he remains focused on addressing areas of weaknesses within the organization and trying to find solutions to areas that have continued to raise red flags over the years.

“They’re going to need three of four weeks to get ready, so it would be important to get somebody signed up three or four weeks from the start of the season,” Duquette told MASN. “It’s getting to that time of year where you need to add to your team .”

The lack of movement with regards to free agents on the market and hesitancy to fill glaring holes in the depth chart, specifically with adding outfielders and starting pitchers to help strengthen the existing rotation has led to skepticism and forced fans into thinking that if the front office doesn’t make noise soon, they may be out of luck.

There is plenty to build off of after a disappointing 2017 season, however. Orioles fans should keep their fingers crossed and have higher expectations with less than a month left until Opening Day.

The Orioles open their regular season home schedule March 29 at 3:05 p.m. against the Minnesota Twins.

Personal Foul: Gender and the NFL

A Look Back on Super Bowl 50, Will Manning Retire?