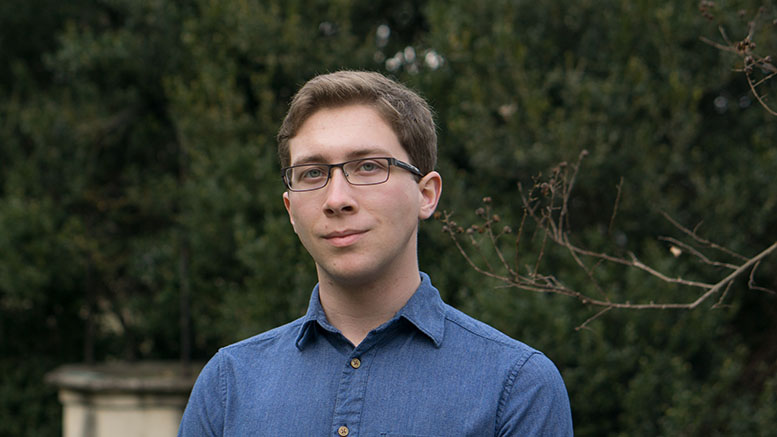 “I only wanted to take photos at first since I didn’t think I could write well enough, and I actually didn’t like being a part of the Free Press at first,” Parks said. “However, I was convinced by Josh Ambrose, who was my Intro to College Writing professor at the time, to take the Newspaper Practicum class, which led to me getting really involved in and enjoying the Free Press, as well as my decision to minor in journalism.”

Parks went on to contribute to the Free Press as a staff reporter throughout his freshman year. Then, when he was offered the multimedia editor position, he became even more involved with the paper. During his first semester of sophomore year, he published over 20 articles. This great work ethic and commitment to the newspaper continued as he became Editor-in-Chief.

Now a dedicated member and arguably the driving backbone to the paper, Parks attributes his personal success to the responsibilities associated with being involved with the newspaper. Looking back on his four years at McDaniel, Parks is amazed to see how much he has grown.

One of his biggest challenges when first starting at McDaniel was social isolation. Never a particularly extroverted person, Parks struggled to fit in during his freshman year. It wasn’t until junior year when he established his place within the newspaper community and became more involved on campus did he feel more accepted.

“I have to acknowledge that I’ve grown immensely at McDaniel,” said Parks. “I’ve come out of my shell to an extent I never thought would be possible when I first started here.”

A history major with Spanish and journalism minors, Parks acknowledges that many of the professors in the History department also helped him grow and find confidence in himself. Many of his fondest memories at McDaniel involved the two summer research projects he completed with history professor Dr. Qin Fang.

“She has been a major factor in how I have steered myself academically and professionally,” said Parks. “And I feel that I’ve grown a lot as a result of her mentorship and academic guidance.”

Parks has also had great experiences working with Drs. Zejmis, Feeley, and Evergates as they each helped him develop his love for history and hone his academic and professional skills.

“I also would like to thank Josh Ambrose,” Parks added. “I had classes with him for my first five semesters at McDaniel. As a result, he became a major factor in me initially coming out of my shell, and he has continued to push me to achieve more.”

As he looks to graduation and post-college life, Parks hopes to reflect on the lessons he’s learned at McDaniel.

“I want to continue my self-growth, though I’m still working on figuring out how I can do this realistically,” said Parks. “I’m still pondering whether or not graduate school would be right for me.”

Regardless of what lies ahead for Parks, he has certainly left a legacy in his wake. Emma Carter, one of the co-editor-in-chiefs taking over the position in the fall, says “being Editor-in-Chief is a big job, and Kyle has been amazingly hard-working in this position. I think he serves as a great example for us for next year.”