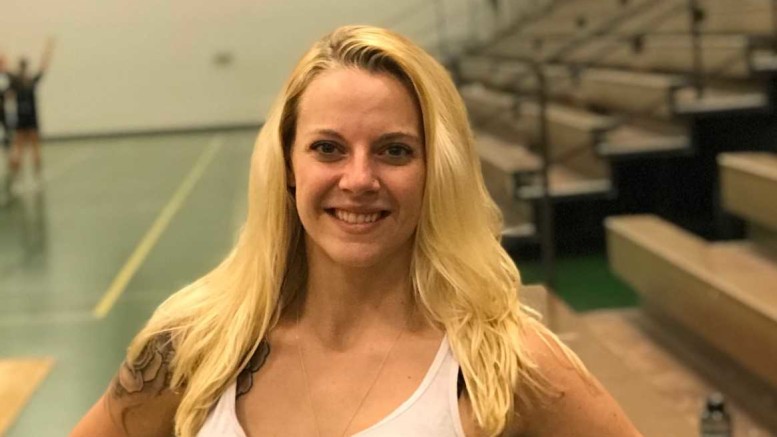 Amanda Thiell has been named McDaniel’s Cheer Team head coach for the 2018 season. The announcement came after a vacancy in the position following former Head Coach Julia Linko’s departure from the College. Thiell is a 2017 graduate of the team and served as its captain while majoring in mathematics.

Taking on a head coaching role, Thiell has had a quick rise of success in cheer, having only three years of cheer experience. Thiell was also a member of McDaniel’s dance company as an undergraduate.

Thiell loves the atmosphere at McDaniel and missed the school so much, she said. With a connection to her alma mater, the College recognizes Thiell’s ability to lead, despite having no prior coaching experience.

“I want to add more structure, I want [the team] to have fun, I want us to grow and for people to not look at us as a joke,” Thiell said.

Under new leadership, goals for this season include wanting the team to participate in competitions and adding more dance into the cheer routines. Building into the extremes, the team also looks to experiment with new stunts.

Captains My’yah Mitchell, Ka’mari Robinson, and Rocellys Sanchez are excited to have their former captain back to coach their team.

“At first I was skeptical because she had just graduated not too long ago and I didn’t know if she had any experience coaching,” Robinson said. “But now that she’s here and I see what her ideas are for the team and how serious she is, I’m loving it. I think she’ll be really good for us and help us to be taken seriously.”

Ultimately, cheer members say they want to be recognized as a serious team in McDaniel athletics. Thiell’s proclaimed mission is to help the team reach that point.

“[Coach Thiell] already has great relationships with a lot of the girls on the team being a former teammate,” Sanchez said. “She knows what’s best for the team and is going to help achieve it.”