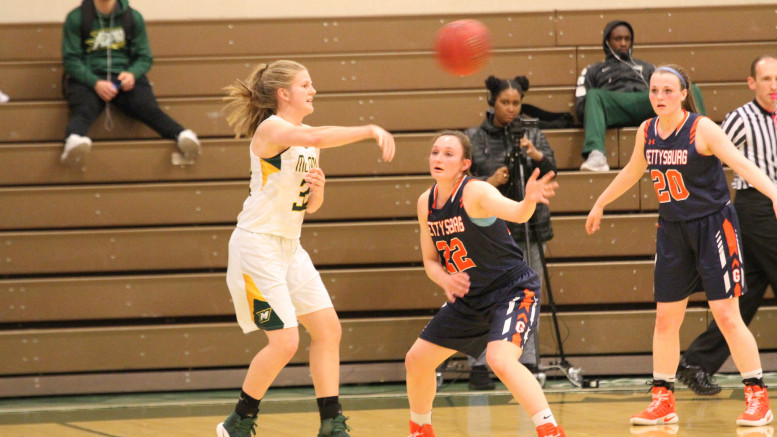 Were you born in a country that wasn’t America? If you answered yes, you might be Olivia “Liv” Storer, who is a McDaniel student and a native to Australia. Storer had always wanted to study abroad and, of all places, ended up at the Hill.

Storer, an English and sociology major with a minor in journalism, and a member of the Phi Sigma Sigma sorority, is originally from “a small, rural town called Wangaratta in the state of Victoria.” Storer added that her hometown is about two and a half hours away from Melbourne.

Storer had wanted to study abroad from a young age.

“Ever since I was about 12 I knew I wanted to study abroad,” Storer said. “My parents would always tell me stories about the travel that they did and I wanted so badly to experience the world. I’ve always wanted to live a life that was one big adventure so that inspired me to do something a little crazy as well.”

Despite Storer’s desire to study abroad from a young age, Storer did have fears about studying in America.

“I was nervous about leaving my family and friends at home and not having the option to go home for breaks or even just for a weekend like a lot of students can do, but FaceTime and Skype make that easier,” Storer said. “I was and still am worried about gun violence in America, especially in terms of school shootings, because that’s not something we have to worry about in Australia.”

There were, of course, obstacles to studying in America. Storer had to adjust to living in a foreign country across the globe.

Storer said her biggest obstacle in adjusting to life here in America was “just being away from my family and getting used to a new culture. People found it hard to understand me at the start so I had to get used to speaking slowly and clearly.”

Despite being separated by thousands of miles of ocean and land, Storer’s parents were always supportive of her decision to study abroad.

“My parents have always been really supportive of what I wanted to do and they helped me every step of the way,” Storer said. “The only rule my dad gave me was to not end up with an American boyfriend.”

Storer was interested in basketball from a young age and currently plays in the center position. Storer has been playing basketball since she was 11 years old. Storer also states that her family played basketball. “Both my parents were pretty good,” she said, “so I think it was inevitable.”

When playing basketball, Storer stated that she is inspired by Matthew Dellavedova, a fellow Australian, who plays in the NBA.

“Dellavedova is from a town similar to mine and is just a really hard worker, which I really respect,” Storer said.

Storer knew that she would be playing basketball while at McDaniel and credits Coach Becky Martin as being the reason she found out about McDaniel.

“Becky Martin told me all about what McDaniel was like. I liked that it was a smaller school, and from the virtual tour that I did on the website, the campus looked really nice,” Storer said. “Honestly, it was always going to be a bit of risk wherever I went because I wasn’t going to be able to do a tour, but I’m really happy that I ended up at McDaniel.”

As a student and athlete, Storer is particularly inspired by her teammates. Through three years of play, the connection between Storer and her teammates has evolved into much more than simply playing basketball together.

“My teammates have become my family here and I honestly don’t know what I’d do without them,” Storer said. “They keep me sane and inspire me every day to be better on and off the court.”

When asked what Storer considers to be her greatest achievement as a student-athlete, she pointed to the victories that her team has had.

“We’ve won some really tough games that I’ve been lucky to play a part in and that’s always a great feeling,” Storer said.

When asked about McDaniel as a college that changed lives, Storer stated that McDaniel has “definitely changed mine.”