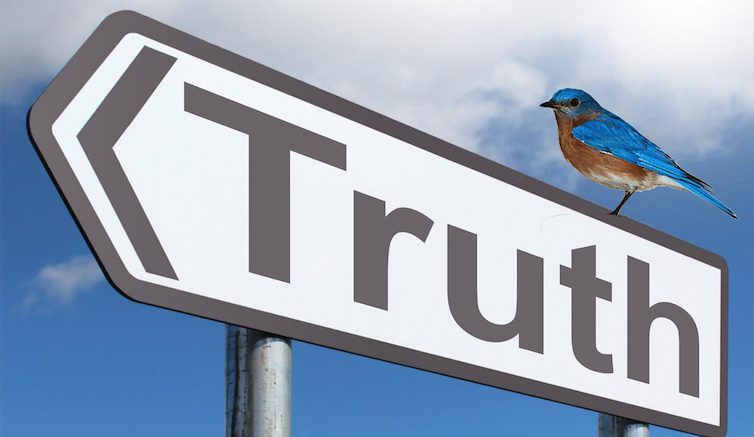 Twitter is a social networking source, where users post and interact with public messages referred to as ‘tweets’. Users are able to post anything, as often as they want. Twitter is where you’ll find news in real time. It is one of the most used social media outlets. Millions of people are on Twitter. From local news stations, to your favorite actors, musicians, athletes, and politicians are active of Twitter. College students and young adults have a strong presence as well. Many feel like they have a voice on Twitter.

Views are heard and opinions are challenged on this popular forum.

It is the perfect place to share opinions, connect with other people, and for news to travel quickly. Many go to Twitter to hear the latest news, weather, gossip, political banter, or world events. It has become a direct way to connect to real issues and real people.

As with many things, it has its downfalls. The downside is that people feel they can say what they want to anyone. There are no rules and often no tact when it comes to voicing your opinion online.  Twitter trolls, who deliberately provoke arguments and disrupt normal flow of discussion for their own amusement, post outrageous things on Twitter to get reactions from other users and cause problems.

Another downfall is cyber-bullying, which can be prominent on social media sites. There can also be moments of shaming; from body shaming, to personality shaming, to some negative comments about people, especially towards celebrities. With the positives, come the negatives. You have to navigate cautiously and intentionally.

Those not heavily active on Twitter may think it is this dark, negative place, but it is actually a social media site that is doing this world some good. It’s been shown that some of the major news outlets go to Twitter for the latest, direct news from the source.

There are tons of influential people on Twitter who are trying to make significant and real differences in communities across the country. Twitter is a home for activism and influence.  People are using their platform on a daily basis to spread social awareness, which makes a huge impact. Awareness when it comes to things such as police brutality, the ‘Black Lives Matter’ movement, the LBGTQ community, and what is going on in politics.

Stories that would never be shared on nightly news channels will go viral first on Twitter. We sometimes learn and hear about news on Twitter before we hear it from our local news stations. Often times, prominent news that should be on ABC, CNN, and Fox News about terrible things going on around our world is found on Twitter, but seems to never make it on these huge news platforms in a timely fashion or at all. This goes for positive news as well.

Twitter has now become one of those huge news platforms.

On a lighter note, Twitter is great for bringing daily entertainment to its users. It constantly teaches and updates users on information that is relevant to our lives. Users will make sure important news, heartwarming videos, and entertaining anecdotes are retweeted and liked, helping them to become viral.

People are actually really supportive on Twitter. They want to see others succeed, even if they do not know you. It is a great way to connect with people, get information, and to air your emotional thoughts.  A simple retweet and like can go a long way. It has been known to change the lives of many, both famous and infamous.

This social media site also unifies groups of people. Twitter also has “sub Twitters,” one of which is referred to as “Black Twitter.” “Black Twitter” unifies the black community by allowing this community to connect and bond over what it means to be black on a digital platform.

Wide ranges of  audiences are able to be reached on this platform, which allows for small businesses to be promoted, relationships to form (both intimate and friendships), news, and inspirational messages to be passed all around.

A student’s concern: cutting departments may lead to lack of the liberal arts