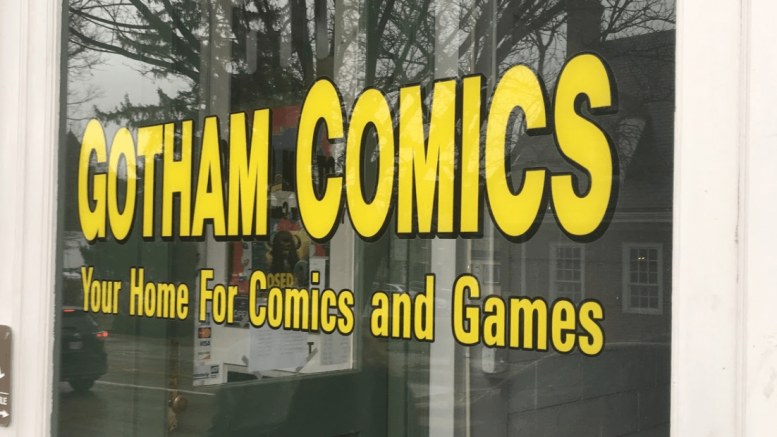 TheWhether it is Superman, Spiderman, or Batman, a lot of people’s favorite superheroes started off as comic books before they became successful box-office movies.

Even though this is good trivial information to know, it does not change the fact that there are some areas that do not have comic book stores.

Keith Forney, who has been reading comics since the fourth grade, noticed this scarcity when he moved to Westminster. He decided to fill the void by creating his own comic book store 15 and a half years ago. Because Batman is his favorite comic superhero, Forney decided to name the store Gotham Comics.

As a result of this, Forney has helped the residents of Westminster expand their knowledge of comic books.

“Comics books are a medium, not a genre,” Forney said.

He further explained that because of this, there is a genre for every interest and age. All that is required from the individual is an open mind and the will to find the right genre.

He said that his store specializes in carrying large amounts of graphic novels and back issues.

Besides catering to the residents of Westminster, Gotham Comics has also helped the students at the College. The store, which is located on East Main Street, is a 10 minute walk from the campus.

Sophomore Darius Isom, who has been reading comics since the age of six, likes to visit the store because of its convenience. Due to the fact that he is from New York City, Isom said that he appreciates the small, intimate size of the store. This has led him to develop a relationship with Forney and the staff.

Sophomore Michael Cozzi, who has been reading comic books since a little kid, also admitted that he likes to visit the store because of its convenience.

“I actually don’t have a comic book store in my hometown,” said Cozzi.

The nearest comic book store in hometown Long Island, New York is a 30 minute car ride away for Cozzi, but he does not have to worry about that issue while at the College. He has the luxury to walk to the store whenever he wants.

Outside of its comic services, Gotham Comics also specializes in card and board games. These services allow Forney to offer tournaments and activities on a weekly basis.

The Bell is Back

Chinese cherishment: How a new class teaches students about a foreign world