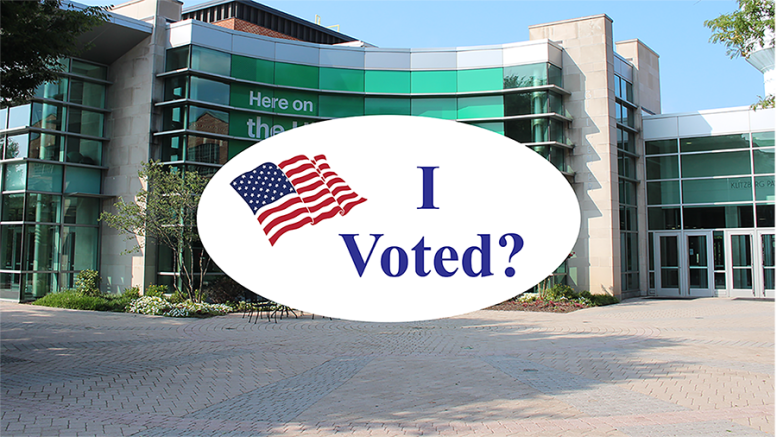 Just like the presidential years, midterm elections create an atmosphere where politicians and government officials encourage everyone to vote.

Even though people are encouraged to vote, this does not mean that they will. College students usually are at the center of attention of this issue because they have developed a reputation for not voting.

This has led to some college campuses creating an atmosphere where they show its students the importance of voting.

During this year’s midterm election, McDaniel had a mix off students that voted and students that did not. The motivation behind each student’s decision was different.

Sophomore Tenzin Woesel voted because she saw importance in her vote. Despite the fact that she is a resident from another state, she did not allow those circumstances to control whether she voted or not. She was able to mail her absentee-ballot to her home state.

Though she voted, she believed college was one of the main reasons why some students did not vote.

“I feel like there should have been a lot more resources,” said Woesel. She stated that she had to go online and learn how the absentee-ballot process worked. As a result, she was able to learn the date when she could submit her ballot.

Sophomore Deonte Freeman, who did not vote, also stated that the college could have done more to encourage students to vote. Freeman explained that he did not vote because he is a resident of another state and is not registered to vote.

He acknowledged, though, that the College did do some things well. He said there was some advertising outside of the dining hall, but it was not enough.

“No one educated us about the political candidates,” said Freeman. “[The College] could have done that better.”

Associate Dean of First-Year Students Karen Violanti explained that it is common for college students to not understand how voting works.

As the head of the First Stop Office, she offers resources to answer new students’ questions. She explained that students did come into her office about voting, and she and the first-year team were able to answer those questions.

She also noted that the students who visited her office this year were more politically aware than students from past years.

“I think just in my time here, I think now students are so much more aware than they were ten years ago,” said Dean Violanti.

She said the reason to this is because the students are more engaged with their environment and they are looking for ways to be heard.