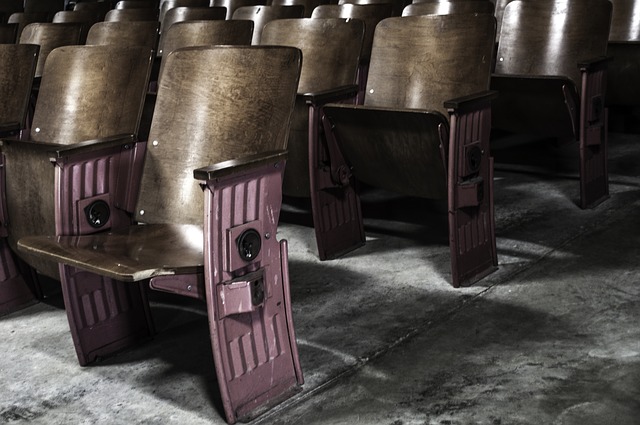 “We peddle perception, thin as a bubble.”

Taking place in the L.A. art scene, this film pokes fun at itself with over-exaggerated characters, playful music, and well-planned camerawork. The characters are more like loathsome caricatures of art critics, gallery owners, and artists, with inane names like Morf Vandewalt (Jake Gyllenhaal), Rhodora Haze (Rene Russo), and Coco (Natalia Dyer). Director Gilroy’s disdain for the art world is clear as we watch the characters squabble with each other, not caring who they stab in the back as they attempt to claw their way to the top of the food chain. The movie shifts, however, after Josephina (Zawe Ashton), protégé to gallerist Rhodora Haze, discovers a treasure trove of intriguingly dark paintings after one of her neighbors dies. Ignoring his wishes to have all of the art destroyed, Josephina takes it all and shows it to the highly-influential art critic Morf, who confirms her suspicion that she has come across a major find. The mysterious artist, Ventril Dease, rockets to posthumous fame as each character fights to get the right to display his unusual and provocative oil paintings.

These “mesmeric” paintings smear the boundary between life and art in more than one way. As Morf obsessively uncovers the history of the unstable artist, he learns that Dease literally put himself into his art, using his own blood to create the reddish-black hues. Furthermore, to say the paintings bring their subjects to life would be an understatement. Moving faces, reaching arms, and real flames break through the canvas, weakening the separation between art and life. This happens again, when we see Rhodora unintentionally recreate the scene of one of the paintings she had hanging in her house. All of this plays into Baudrillard’s philosophy of the breakdown between reality and fiction, as well as the anti-mimetic belief that life imitates art, that the image precedes and determines the “real.”

Dease’s work is not the only art in “Velvet Buzzsaw” that goes along with postmodern thought. All of the art is claimed to be reality-altering, from Hoboman (a humanoid robotic statue) and a life size model of a family relaxing in their family room to a soundproof room with whale noises and Sphere (a metal sphere with different holes with which the audience can interact). In addition, the camerawork for the movie highlights the postmodern desire to be seen in a particular, idealistic way. The way characters are shown makes it seem as though they are always being watched, whether by the art, other people, or even the graffiti eyes on the side of the building, which we see at one point. Just like in real life, the characters’ personalities and facades are as carefully crafted as the works of art in their galleries. For the most part, these characters are all pretentious, self-absorbed, megalomaniacs who care only about how they are perceived by their peers and their status in the art world, the film’s prominent setting.

The venue for “Velvet Buzzsaw,” the L.A. art scene, though satirical, is rather interesting and different for a horror flick. There are some similarities to another film directed by Gilroy, “Nightcrawler” (2014), which provides a satirical view of the grisly world of a cameraman who becomes increasingly obsessed with getting the perfect shot. In both, viewers see the darker side of media, be it the news or art, with main characters, portrayed in both by Jake Gyllenhaal, that slowly devolve into madness. As stated by Emily Yoshida of Vulture, an entertainment news source, “Writer and director Dan Gilroy is drawing from the same well of a bitter, morally compromised Los Angeles that he did for 2014’s Nightcrawler, but Velvet Buzzsaw, as gleaming and sun-drenched as Nightcrawler is dark, is even more of an invective, and even more operatically heightened.”

The unique setting does not prevent “Velvet Buzzsaw” from including some standard horror movie tropes, such as jump scares, a vengeful spirit of sorts, moving paintings, the no coverage trope, and more. Though these tropes can be tired, this films breathes life into them. With help from the distinct setting, the jumps between characters, and the dedicated performances of the actors, suspense builds, which allows viewers to forgive some of the clichés.

“Velvet Buzzsaw,” full of betrayal, mockery, and mental breakdowns, has had mixed reviews. From Glenn Kenny’s glowing NYT Critic’s Pick assessment of its “confident storytelling and bravura acting” to Huffington Post’s Priscilla Frank and Matthew Jacob’s more negative take on its damaging portrayal of the art world and “lack of originality,” the film has elicited a divisive response from viewers. This begs the question, is it worth watching? Averaging the scores given by Bloody Disgusting, IMDb, MetaCritic, Rotten Tomatoes, Letterboxd, and Google Users, the film receives about 61.67%. Personally, I enjoyed the film, but would give it 7.5/10.

Facing a New Semester in a New World