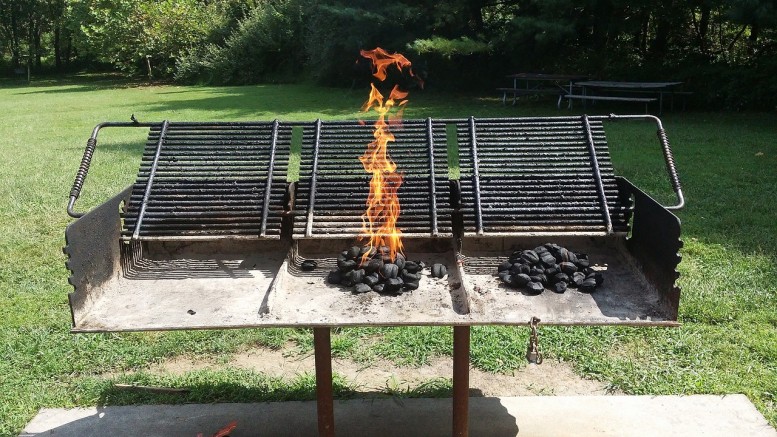 The announcement comes just in time, as the approaching spring weather means that grill masters around the country will be lacing up crisp white New Balance sneakers to celebrate the long-anticipated mark of grilling season.

The College’s decision to bring in Foreman comes with great pressure, as the dining hall has been on a continuous streak of 63 days of serving hamburgers and veggie burgers.

Englar Dining Hall’s grilling streak is closely followed by the number of continuous days the College’s wifi completely crashes at least once. With both streaks still going strong, many are left wondering which one will be broken first.

With Foreman’s lean mean grilling machine ready to rumble, students can expect food to be prepared in hundreds of seconds.

In addition, the appointment of Foreman as the College’s grill master brings reenforcement to dining hall security services.

Foreman, whose boxing career ended in 1997 with 76 wins by way of 68 knockouts, has agreed to serve as the backup to current Glardian Ms. Ceil, should students be found loitering for guest swipes or caught stealing chicken tenders on Thursdays.

Foreman’s grills are also expected to be implemented in the Pub starting next semester and will be installed at Harvey Stone to accommodate all the College’s grilling needs.

Students and faculty who wish to use the coming grills are required to attend a training session with Foreman and McDaniel dining services general manager Erik Rochard.

Foreman’s partnership with the college is one of the several ways AVI is taking McDaniel to new culinary heights, and more celebrity chef signings are in the works.

To culminate the celebrity signings, the college will be officially announcing Guy Fieri as the College food systems operation manager on April 31.

With Fieri and Foreman at the front, McDaniel is expected to catch a straight blast right into Flavortown.