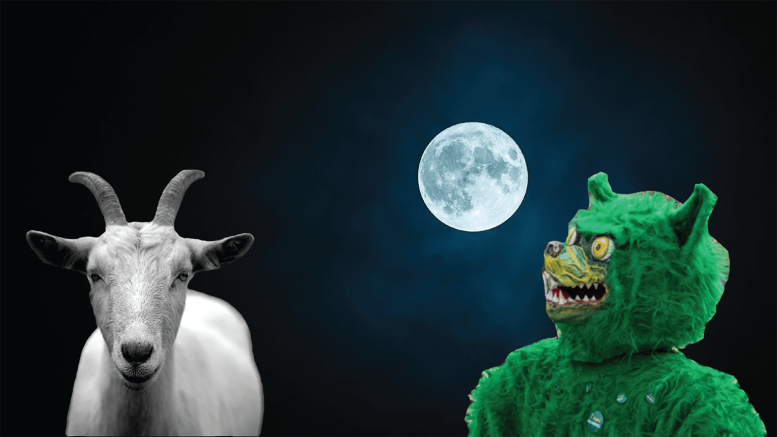 On a cold March morning, about the time when the sun rises and procrastinating students promise themselves they’ll “just take a ten minute nap before starting that paper,” one McDaniel student accidentally raised the previous Green Terror from the dead.

Naturally, McIlwain’s first idea was to abandon his run entirely and work on deciphering the secrets of this. After poring over it for “an hour or two,” McIlwain decided that summoning the dead would definitely get him an A on his capstone.

“It’s necromancy,” McIlwain said, as if that explained everything. “You could make a religion out of that.”

McIlwain got to work immediately. After a long and arduous ritual, the details of which we at the Free Press are obliged to omit in case of accidental sanity loss, McIlwain succeeded in summoning something from beyond the grave. It wasn’t a student tragically felled by finals, however. It wasn’t a person at all.

It was the old Green Terror.

McIlwain stated that as soon as the furry suit was resurrected, it immediately made a run for it. “I don’t know where it went,” he said. “I just wanted to get an A on my capstone.”

“I always wanted to find out what it has seen,” he explained. “I bet it has some great stories about the one time the football team actually won.”

Neither the Green Terror nor the Necronomicon could be reached for questioning.

The mascot is still out there somewhere. The Free Press urges students to report any sightings to the Provost’s Office. The Green Terror’s grave, nestled between the graves of adjunct professorship and Roger Casey’s on-campus reputation, is currently being filled by the WMC namesake.