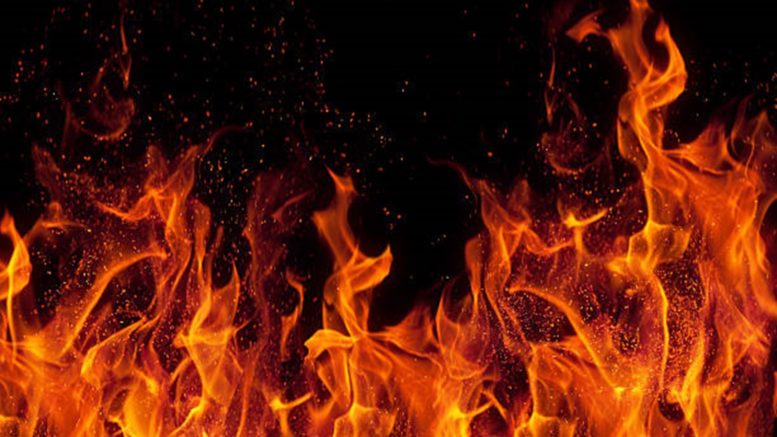 Earlier this week, a student whose head caught fire after studying for thirteen hours straight got a reading of 97.5 degrees from the no-contact thermometer outside of Englar Dining Hall. Annie Torch, a senior, allegedly hadn’t even noticed the flames.

“It was a little over twelve hours of constant stress and anxiety before everything sort of went black,” Torch said. “When I came to I was in the middle of Glar and some kind soul was trying to douse the flames with watered down Diet Mountain Dew.”

One student who was directly behind Torch in line, Jared Pinsir, was reportedly outraged by the incident. “I tried putting out the fire with my jacket,” he said. “But she just kept walking like nothing was happening. Then she stopped to get her temperature taken which made me think ‘oh, there’s no way’. Then she gets a reading of like 98, scans her phone, and walks right in. I get mine checked right after and it’s 116. How is that even possible?”

Others are touched by Torch’s story. In McDaniel’s official response, the incident was called ‘a testament to the dedication and grit shown by our students’. One anonymous witness was impressed and remarked that Torch could “really keep a cool head.”

Torch is currently at home recovering from her burns and should be returning no later than next week to take her exam. There has been no word from the school about replacing the thermometers.