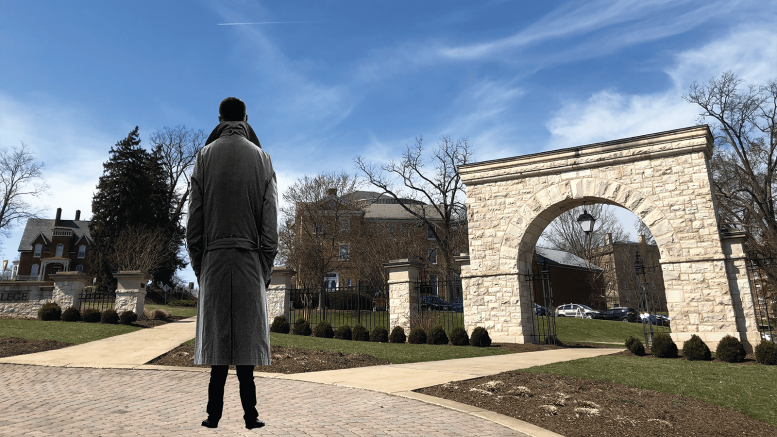 At first glance, McDaniel senior Jacob Smith appears to be like any other senior. He majored in business due to pressure from his father and toed the line of being blackout drunk every weekend. He seems like your average McDaniel senior; but rumors have been spreading about Jacob that can no longer be ignored.

People have been speculating that Jacob is not a senior, but actually two first-years in a trench coat. The rumors started on the first day of classes of the 2018-2019 academic year. We have traced the rumors back to the origins; Smith’s basic arithmetic professor.

“They told me he was a transfer,” said the professor, who wished to remain anonymous. “I did not think much of it when I saw there was a senior transfer student in my class. The strange thing was when he walked in. He was wearing a long trench coat and had to be about 12-feet tall. I thought to myself ‘that’s strange,’ but didn’t care that much. After all, he’s just another student. What was especially strange was he did not sit down.”

From there, it is believed that the professor discussed the strange occurrence with her supervisor and thus the rumors were born. The rumors only spread worse when Smith tried to go to Down Under on Thursday night.

“I knew something was wrong with him.” said the bouncer who refused to let Jacob in. “I’ve worked in this bar a long time and have seen many underaged kids try to come in. We always stop them. I have never seen two kids try to pass as one person in a trench coat.”

The Free Press managed to get a statement from Smith himself: “We’re- I’m not two first-years in a trench coat.”