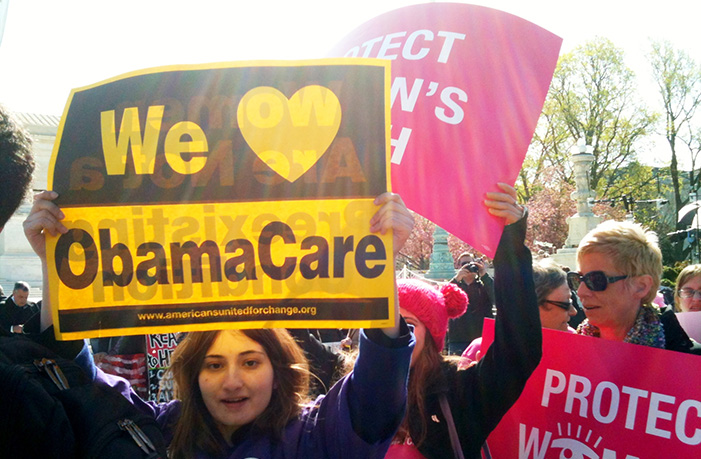 Last week, Senator Ted Cruz’s (R-TX) decision to sign up for Obamacare rocked the political stage, but his decision also had an impact on the students here at McDaniel.

Joining Obamacare has influenced not only those liberals who support him and those few die-hard conservatives who oppose him, but those who will be affected most deeply by his decisions in office if elected in 2016: the students.

“It just made sense,” stated junior Seymore Moonie. “As a business major, I need to make sure that I get the coverage I need and while I’d been against Obamacare for the past five years, as I thought it would ruin any future business I might start, I have to say following in Ted Cruz’s footsteps is really making life easier, and my family proud.”

Indeed, many McDaniel College students, with no prompting from professors, have been hysterically beating heads against their computers as they quickly, easily, and some would say unbelievably, sign up for Obamacare, all in a show of solidarity with the senator from Texas.

“Ted Cruz was the inspiration we needed,” says first year student Libby Fermme, a Maryland native. “[Senator Cruz] is the conservative ‘common-sense’ bastion that we’ve been searching for. He’s taken the first step in leading this country into greater change, and prosperity!”

In an interview on Monday, Senator Cruz stated, “Joining Obamacare means I get the same rights, benefits, and ‘leg-ups’ as everyday Americans. I’m a political official and I had insurance through Heidi’s, my wife’s, job at Goldman Sachs, but our health insurance was entirely too inexpensive and the lack of sky-high premiums were a heavy burden on my family’s mental health.”

When asked whether or not he felt his decision would impact his presidential campaign the senator laughed, “No, not at all. I think joining Obamacare will show the public just how committed I am to defeating American mediocrity and cutting the federal budget.” Elbowing the interviewer in the ribs, he continued, ” In fact, I think my joining Obamacare will show the American people just how much of a drain one person can be on their time, on small businesses, and conservative realpolitik. And of course who doesn’t love having to pay less for health insurance?”

Despite the senator’s “if you can’t beat ’em, join ’em” mentality, Americans across the country hold their breath, as they wait and see whether Senator Cruz and his family can make it through the horrifyingly simple process that is applying to the Affordable Care Act.

The senator’s wife, Heidi Cruz, commented, “We just hope our internet holds up.”