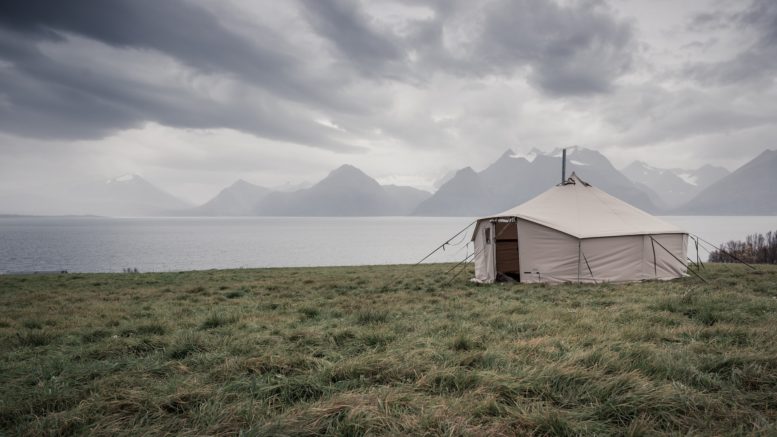 Posted By: Ciara O'Brien, technically had to write one of these April 1, 2021

On March 31 in the late hours of the evening, the white tent located next to Gill Center allegedly blew away. An extremely strong gust of wind picked up the entire thing and landed it in a nearby parking lot.

It is reported that the tent blew away swiftly, similar to any student’s hopes for a single day off this semester.

“When I woke up this morning, there was just an empty spot where it used to stand,” said Daisy Starley, a junior. “I usually peak over to see if my ex is in there before going through the single, unavoidable entrance, but today I could see his bitch-ass clear as day.”

Eric Home-Depot, a senior, says he saw the scene unfold. “The whole thing was crazy. At first, it just kind of flipped on one side, but eventually it flew like an airplane and landed clean across campus. I’m glad no one was hurt.”

At first, it was unclear where the stray tent landed. When a campus announcement went out to the entire McDaniel community to be on the lookout for it, several eager first year students reported finding it, only for Campus Safety officers to discover that it was just the other tent, perfectly upright, located outside of Roj Student Center. Eventually, it was confirmed to be in the stadium parking lot.

Several students expressed concerns over the missing structure. “Where else am I supposed to find an eating area with the chairs handcuffed to the tables?,” asked Grace Ceilinger, a sophomore student.

In the short time it has been missing, a “Bring back our Tent” Instagram profile has been created, boasting several followers.

“We have so few places to hang out on campus,” said the profile’s creator. “It’s like we have the comfort of the indoors, but all of the safety of knowing that we don’t have to wear masks because one of the sides of the tent is open. We need that tent back.”

“It is our highest priority to recover and replace the tent,” said one Campus Safety representative. “First, we just have to do this series of really important, definitely real, set of things and then we will follow up in a few months.”

This is a breaking news and backs story and will be updated as new revelations are revealed.