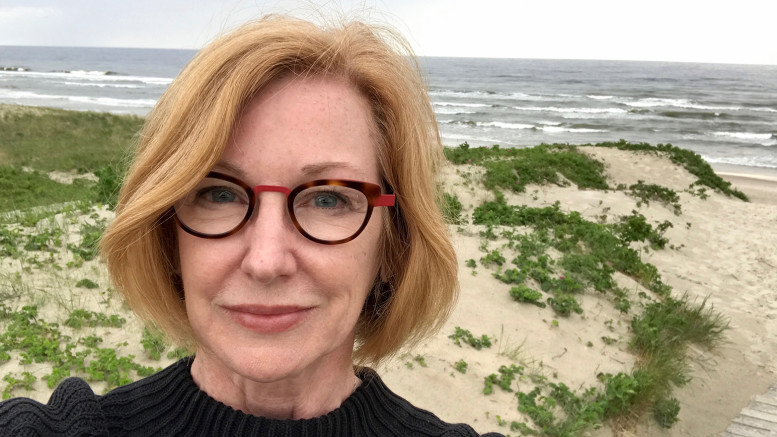 One of the things that becomes abundantly clear when talking to Robyn Allers is her humility. Allers is a person whose status and work does not displace her love for the students that she meets and the College.

On an ordinary day, Allers, an employee of the College and President Roger Casey’s wife, caters to the needs of four groups: donors, students, alumni, and the local community.

Allers recounted that her time in the McDaniel community has been one of exploration and filled with opportunities. For visitors to the President’s house, she tells stories of various curios and how the house came together. One piece Allers often points out to visitors is a smooth, earthy woodwork created by a McDaniel alum. She said that the piece was sought after (commissioned for the College’s 150th anniversary) and stood to represent the building of bridges, something that brings her passion.

Allers met Casey while acting in a stage rendition of “Fool For Love.” She recounted, “Roger was in the audience, although I didn’t know him at the time. He was smitten, according to him. Several months later, we met when we were both graduate teaching assistants sharing an office. I was equally smitten.”

Allers’s young adulthood was filled with many twists and turns. Initially aspiring to be a teacher, a senior year stint in the classroom changed Allers’s mind.

“I bow down to teachers; what they do is really incredible,” Allers said. She showed admiration for McDaniel’s own education department.

This is supplemental to the story of Allers’s life. She spent a stint as a cocktail waitress, wrote a disaster preparation plan for the state of Florida, and made educational videos for convicts. Although these jobs would be considered less-than-desirable for most people, Allers’s fondness for the past shines through. She then found her passion in writing and the arts while in graduate school and was a freelance copywriter, journalist, and arts administrator for 25 years.

Despite her shift away from education, Allers retains her love of classic English literature. For our interview, she quoted Wordsworth and Keats from memory saying, “Though nothing can bring back the hour of splendor in the grass, of glory in the flower, we will not grieve, rather find strength in what remains. “

Perhaps this quote is what drives her sense of self-purpose and openness to the world. She said of her travels abroad, “Roger and I don’t have children and few family members, so on occasions that others might gather with family, we travel.”

Acknowledging her privilege, she continued, “I try not to take it for granted. Through our experiences and the people we meet, our travel challenges, surprises, educates, inspires, depresses, and humbles us.”

Allers is conscious and engaged with the political climate of McDaniel and the United States, per her consenting to my battery of questions. Here are the questions and her responses:

Is college education something that you believe should be available to all, regardless of conditions such as race, immigration status, familial wealth, etc.?

This is one of the greatest parts of the American education system. We have a lot of options. Students for the most part have the liberty to choose between big or small schools, private or public, liberal arts or STEM focused. I would like to see the cost barrier diminished. Federal grants, for example, do a good job of allocating funds to students with need. In today’s society, empathy can be a radical act. I have a lot of empathy for the position of students today.

What do you make of the school’s cuts to programs such as religion, music, and language?

From my vantage point, I have a lot of empathy for the strong stances and principles of all sides. I am in a privileged position to hear all arguments. I know it was very important to follow a faculty-led process, and it was. The effects remain to be seen. It was a really tough decision, and so I empathize. I would like to see us move forward as a community.

Society is just starting to have this debate about student athletics and pay. Why or why don’t you support paying student athletes at the DIII level?

Not my area of expertise. Based on what I know, however, DI and DIII are entirely different in terms of the role athletics play in driving revenue for the institution. We (McDaniel and other DIII schools that I am familiar with) don’t derive revenue for the institution from athletic television contracts, ticket sales, etc., as DI institutions do. The argument for paying student athletes becomes stronger, in my opinion, when substantial auxiliary revenue is derived from athletic events. I do believe the DIII policy against awarding athletic scholarships serves our students’ best educational interests.

What do you do?

In my official role, I serve as an ambassador for McDaniel in the community and beyond, connect students to the community, help steward our donors and potential donors, work on special projects that support McDaniel students, and attend student events. I bring visitors into the President’s house. I volunteer and support organizations that empower women in society such as the League of Women Voters and Rape Crisis Intervention Services.

What are you doing to empower young women on campus?

I often say the young women empower me. Jasmin Chavez and Alexandra Leonard are two examples of great young women who inspire me with their confidence and achievements. I certainly try to connect students to opportunities when or where possible.

President Casey took a divisive stand against Trump’s rhetoric in 2016, do you feel similarly?

Yes. I am proud of the fact that Maryland has extended in-state tuition to all students regardless of immigration status, in effect strengthening its own Dream Act.

Why did you keep your maiden name?

One weird habit of President Casey’s?

He’s very frugal with booking flights and travel accommodations. It’s a bit of a game for him.