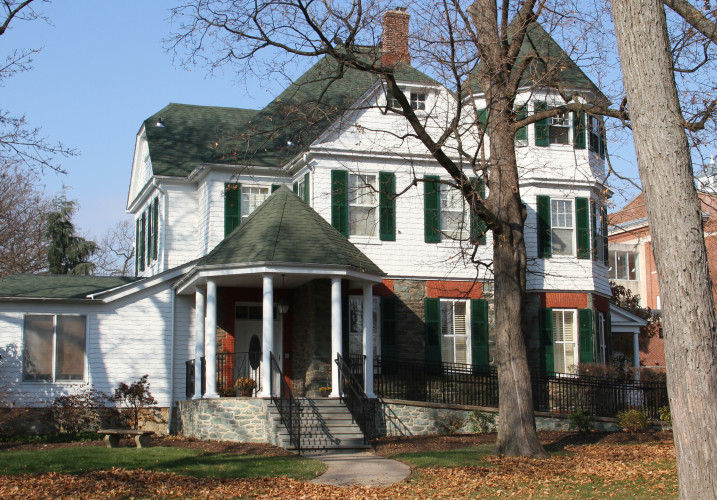 You might have heard that McDaniel College President Roger Casey just had eye surgery. On March 6, he posted on Facebook that he would be having his retina repaired the next day. “It’s no metaphor when I say, I look forward to seeing you again,” said Casey with his characteristic sense of humor.

On March 10, he posted a picture of himself with the caption, “My selfie-pity photo. Day three face down. Two to go.” So what’s going on with the Prez? Before his surgery, the Free Press had a chance to speak with him about the procedure and how it will impact him and his duties as President.

Q: So what’s going on with your eye?

President Casey: “I have a condition known as a macular hole, namely, a hole has formed in the retina of my left eye.  While rare, these things just happen, so it’s more bad luck than genetics or an injury.  Best way to describe the condition: it’s a rainy night in your car and your windshield wipers don’t work.

On Friday, the 7th, I am having surgery to plug the hole, to stop the digression, and hopefully improve my current vision.  Surgeons at the Wilmer Eye Clinic of Johns Hopkins will do the procedure.  They are among the best on the world, so I feel fortunate to live here.”

Q: Is it serious?

President Casey: “The procedure is called a vitrectomy.  They remove the vitreous from my eye, repair the hole, and fill the eye with a gas balloon to hold in place the repair, since you can’t suture a retina.

The recovery requires that I lie flat on my face or keep my face down for five days to keep the balloon pressing on the retina.  Following that, it will be three weeks to three months before I learn how well the procedure worked.  Assuming success, sometime later this year I will have to have the lens surgically replaced in my eye because the surgery causes a cataract to form on the lens.  And because of my near-sightedness, they will probably then replace the lens in my right eye to give me the best vision I can possibly attain—but it will never again be 20/20.”

Q: How long do you think you’ll be “inactive”?

President Casey: “I should be back at work once I can stand up, even though I won’t be able to see out of my left eye for a while, but I’ve adapted pretty well to that over the last month anyway.  I can’t drive or fly for a while either until the gas dissolved in the eye.  The body will replace it with saline as part of the natural healing process.”

Q: Will anyone be taking over your duties while you’re away?

President Casey: “While I’m incapacitated, the Provost will be in charge, but hopefully my time out of pocket will be no more than when I’m on vacation.  I look forward to returning to my duties full-time by the end of spring break. I think my race car driving days are over though.”