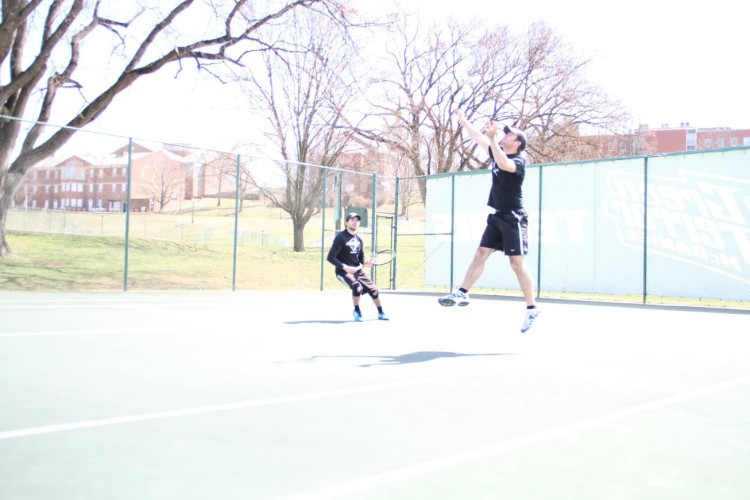 On Saturday, April 5, the McDaniel Men’s Tennis team took on the Franklin and Marshall Diplomats at Warfield Tennis Courts. The match resulted in F&M improving to a record of 7-2 in the Centennial Conference.

McDaniel freshman Ryan Solomon had a big performance when he won straight sets at sixth singles, (6-2), (6-2). Franklin and Marshall’s Joshua Kane won his singles match, then paired with fellow teammate Parint Lerldumrikan for an 8-3 doubles win.

McDaniel freshman Corey Glocker said, “We played well as a team. We had two close matches. Our team has improved from last year.”

Head Coach Bob Detirch said that the team is playing well and that they are getting experience from a Franklin and Marshall squad with playoff experience.

This Saturday, April 12, McDaniel will take on Muhlenberg at Warfield Tennis Courts at 1:00pm.