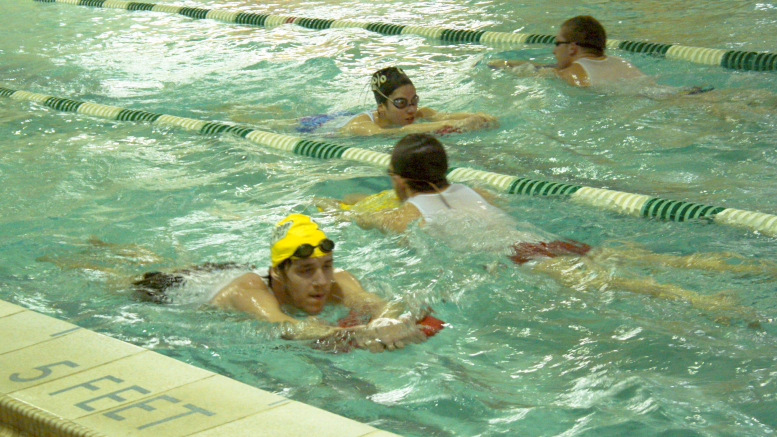 McDaniel’s men and women’s swim teams know exactly what they’re doing at every practice. They come in one by one or in groups, depending on their schedules, change into their swimsuits, and hop or dive into the pool, swimming too many laps to count for a warm-up.

Their coach, Jeff Heistand, watches over the proceedings and takes over practice when it’s time for a workout, which focuses on a specific style of swimming like freestyle, breaststroke, or butterfly.

This prepares them each for their different events, which range from sprint to long distances with a variety of swim strokes and includes relays.

They opened their season on Oct 31 at home, where the women’s meet came down to the final relay and Swarthmore ultimately prevailed over both the men’s and women’s teams.

Despite this, the teams are determined to improve throughout the season and build a strong base for February, when their championships are, and for future years.

“Now we know exactly what we need to be doing to hold onto all the points that we can,” says Shannon McClellan, senior women’s captain.

The teams are also determined and excited to enjoy their time together, McClellan describing the teams many times as a “family.”

Coach Hiestand, McClellan, and men’s captain Brad Brooks all encourage students and faculty to come to their meets, which McClellan admits may not be the most enticing of sporting events.

“This year we have a lot more home meets than last year,” says Brooks. “We love student support; it makes a swim faster.”