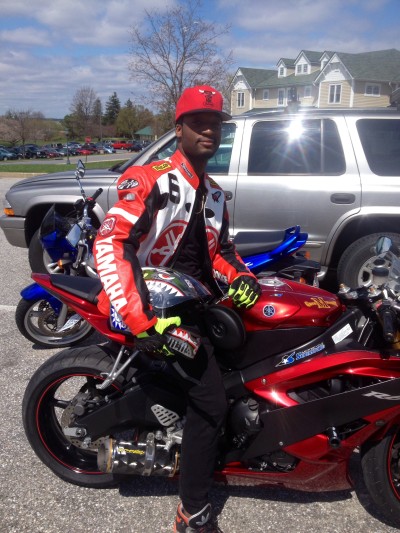 As soon as I looked up, Emoff Amofa, a current senior, walked through the backdoor of Klitzburg Pavilion and set his bike helmet down on the seat next to me.

“What was your worst Glar experience?”

“Oh my god” he said with a sigh, leaning back in his chair.

“As a Freshman, Glar looked like McDonalds… a 1986 McDonalds, but a McDonalds!” It didn’t take too long for him to realize that it was anything but.

“It was my second day, and I was super pumped for some white rice,” he recalled. “It looked good! It looked cooked… Man, I ate that [rice] and it was like nuts! It was so hard! How do you mess that up? I was so blown.”

Amofa said he distracted himself and his friends from the subpar meals by bringing a camcorder with him and just fooling around.

“That’s the beautiful thing [about being a freshman], you don’t care about what other people think. I was just doing me.”

“What would you say to freshman you?”

The self-proclaimed nerd said that because he had to pay every penny for his college education he took every chance he had to study. Good grades were his main goal, but choosing not to hang out with his friends remains, to this day, his biggest regret. Amofa said he misses the experience he describes as “being fresh in college.”

“Eventually the homework will build up,” he warned. But the most challenging experiences, according to Amofa, are the best ones. He droped his eyes and thinks for a moment before beginning to talk about joining the fraternity Phi Delta Theta.

He gave me two names: Jonathon Slade and Richard Brett.

Slade, professor of communication and cinema, was his advisor sophomore year. At the time, Amofa had just applied for an internship at Maryland Public Television. Knowing he had no means of transportation, Slade offered him rides to and from campus.

“He would also take me to lunch with his wife. We would have these long conversations that are now some of my most cherished memories.” He then went on to mention Brett’s Alfred Hitchcock class. Amofa said he was always moved by how emotional the professor got during his lectures. Rumor has it that Brett even shed a few tears while talking about Hitchcock’s life experiences.

“His voice was trembling; I was ready to give the man a hug! But that quality of teaching…you don’t find that everywhere.”

“What are your plans for the future?”

“Ah, I hate this question!” he laughs. Amofa noted that he will be moving down south, to Florida.

“What’s the first thing you’re going to do when you get to Florida?”

“Oh! First thing? A new car, obviously! I’m just excited because my life is finally beginning. It’s kind of scary, but I’m ready to move on and experience new things.” He also said he plans on going back to school to get his MBA and focus more on media and entertainment. His dream job is to be an executive producer of a television station.

To some of us, this is just another semester. To others, this is the end. Four years has come to a close and their lives have just begun. We congratulate them for all they’ve accomplished!

Where the Wild Things Are: Interview with Dr. Jason Scullion