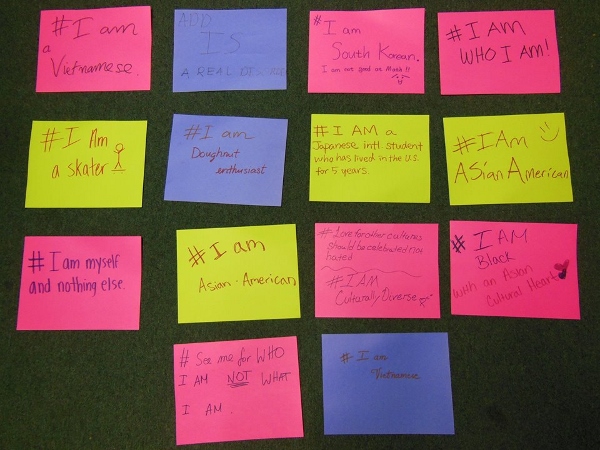 Introducing fun games like picking up skittles with chopsticks, serving bubble tea and Japanese cracker snacks, giving out cultural raffle prizes such as food box sets and educating participants about Asian culture were all part of the fun at the first annual Asian-American night on Sept. 19. Hosted by the Asian Community Coalition (ACC) in Ensor Lounge, the event broke down cultural barriers by showing participants what Asian culture is really about—not what the media and cultural stereotypes portray it to be. 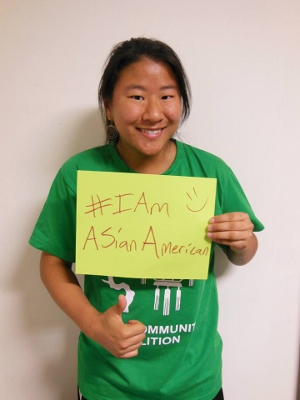 In addition to the games and prizes, this fun night also wanted to shed light on a more serious matter—microaggression, which comes in many forms and affects many cultures and lifestyles. Members of the ACC placed signs on the Ensor windows to represent the reality of being Asian-American even in today’s world. These signs read insulting and stereotypical comments and remarks we often hear towards or regarding Asian-Americans. Some of the comments were questions asking if Asians saw in “tunnel vision” or if they knew karate.

To combat these negative insults and stereotypes, the ACC asked participants to create their own signs that would represent themselves as who they are, rather than how others might label them. “#I AM” sparked participants to think about what makes them unique as individuals. Some signs read: “#I AM UNIQUE” and “#I AM WHO I AM”. Others were more comical and had a lighter tone, such as “#I CAN’T HASHTAG.”

The purpose of this event was to make participants more conscientious of microaggression, how it affects others, and even how you can be affected. Those who attended learned how to hold chopsticks, ate rice snacks that some had never heard of or seen before and had plenty of fun with their friends and the ACC. 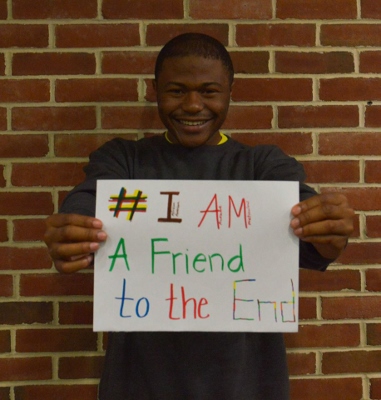 Junior Roger Isom is a friend to the end.