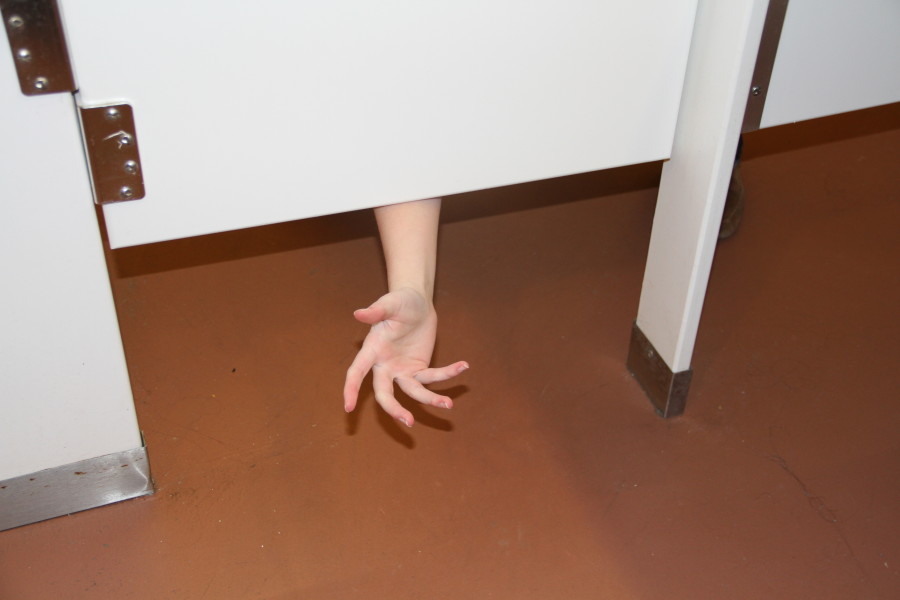 The morning of Saturday, Mar. 28, at 1 in the morning, multiple McDaniel students rushed their way to the bathroom, only to find stalls with no toilet paper. This has been perhaps one of the most tragic moments at McDaniel since that one time students found out chicken tenders were really made out of squirrels.

“It was a horrific experience, like something taken out of a horror film,” said Amber Ipapel, a senior. Ipapel reported that just a few hours before the incident she had visited the bathroom at her North Village apartment and everything was normal. “I remember seeing the toilet paper in the bathroom. Right there, where it always is,” she said, pointing at the place where the toilet paper usually is.

The victims of this incident are too many to count. “I rushed into the bathroom because I had been having a bad case of diarrhea,” said one student, who wishes to remain anonymous due to the embarrassing nature of this situation. “By the time I realized there was no toilet paper in the stall, it was too late. The deed had been done.”

Sophomore Natalie Rossenbossenberg, stated, “At 1 in the morning, and after a wild night, all I want to do is to use the bathroom peacefully and without worries. The lack of toilet paper truly ruined my relax time.”

A statement released by Campus Safety later on the weekend shows that the cause of the disappearance of all toilet paper on campus remains a mystery. Many students, faculty, and staff speculate that this was an early April’s Fool prank conducted by a master prankster. Others believe this to be an elaborate heist conducted by resentful students, and a few believe that aliens are behind the mysterious disappearance of toilet paper. One student blamed McDaniel’s squirrels but was quickly dismissed by his peers.

Hast Thou Been Charmed by the Music?