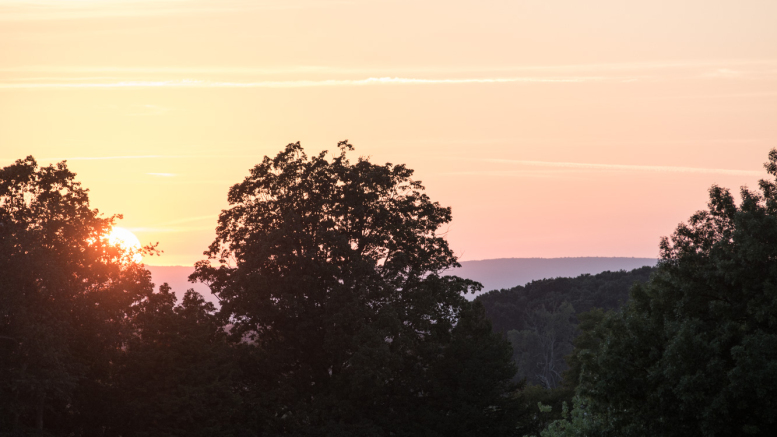 While McDaniel has been attempting to reduce its electric and water consumption, along with utilizing geothermal energy in Blanche and North Village, the institution has yet to invest in solar energy. However, a current project by students and faculty seeks to move McDaniel towards a sustainable future.

This project began last semester after the topic came up in conversation between Dr. Mohamed Esa and student Tabitha Schade. Dr. Esa suggested to Schade, a German and environmental studies double major, that she, along with students from a variety of disciplines, should pursue a wind and/or solar energy project.

After careful research, it was found that the college would not allow a windmill, so solar panels became the exclusive focus. At this point, the main obstacle was obtaining the necessary permissions. On this, Schade notes, “I met with Tom Phizacklea, the vice president for administration and finance… and he granted us the permission as long as we work with the offices on campus.”

Schade, a secretary for Green Life, states that, she is “…working closely with Dr. Esa and students to bring solar panels to campus, but this is also under Green Life as [her] leadership project.”

Those involved include primarily students of Green Life. There are several environmental studies majors; however, some students come from the physics and mathematics departments, along with any students who expressed interest. Their goal is, as asserted by Schade, to install panels on the patio to the left of the library to power the library courtyard sculpture, LED lighting, and two conduits that may allow people to charge their phones. 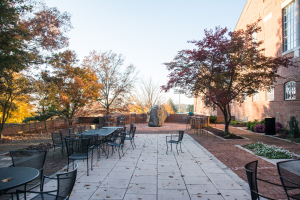 The patio next to the library will be the location of the solar panels. Photo by Kyle Parks.

Both Esa and Schade also cite issues with aesthetics. Schade states, “we are being told that a big obstacle is the aesthetics of having panels on top of buildings.” Nonetheless, Esa notes, “I believe administration will do as much as they can, but this is one extra thing. And the college does not have money to do that and pay for everything….”

Ultimately, this project seeks to introduce McDaniel to solar panels. Both Schade and Esa assert that it will serve a largely symbolic purpose. Esa states, “the idea is to make students and administration aware of the fact that there are alternative energy resources out there.” Schade builds on this, saying, “hopefully [this project will] pave the way for solar installations in the future.”

Dr. Esa hopes to see the solar panels on campus by Thanksgiving, or perhaps next semester. He states, “I would love to see the college move into the 21st century and have solar panels.” Schade likewise says, “I would love for all of McDaniel’s electricity and electrical needs to be funded by renewable energy,” however she does not see this happening in the foreseeable future.

McDaniel’s future in regards to renewable energy is a bit dismal at the moment. Time will tell whether or not the institution will readily embrace solar energy.