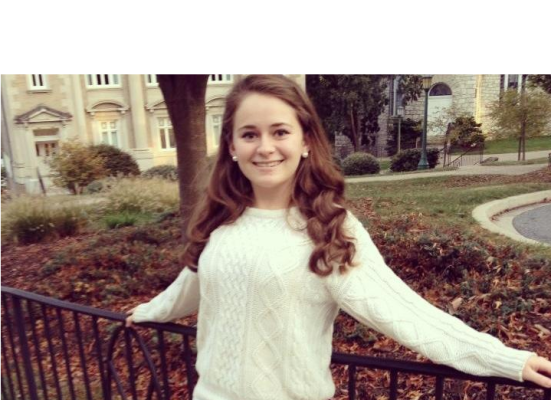 A young and talented writer, McDaniel student Emma Richard, published her first novel, “Goodnight,” in 2014, after years of drafting and editing.

Richard began writing “Goodnight” in seventh grade, and continued adding more and more pages as the years passed by. The sixth draft was completed two years ago, when Richard became was a sophomore at McDaniel. Since then, the novel as been published.

“‘Goodnight’ is a work in progress that reflect my own personal growth as an individual and as an artists,” states Richard as the artist’s statement on the website where her novel is being sold.

The novel can be categorized has a science-fiction novel, though it also includes elements from other genres, as Richard has mentioned in past interviews.

Aside from this novel, Richard has also been published in other minor publications, the most notable of them being Contrast Literary Magazine–McDaniel’s own publication–and for which Richard was co-editor for the 2015/2016 academic year.

In Contrast you can find two of Richard’s short stories: “being” and “the vermonter (2013).”

After graduation, Richard will be working as an Assistant Editor at Rowman & Littlefield, one of the leading independent publishers in Washington D.C.

The Vagina Monologues: Reclaiming the Vagina