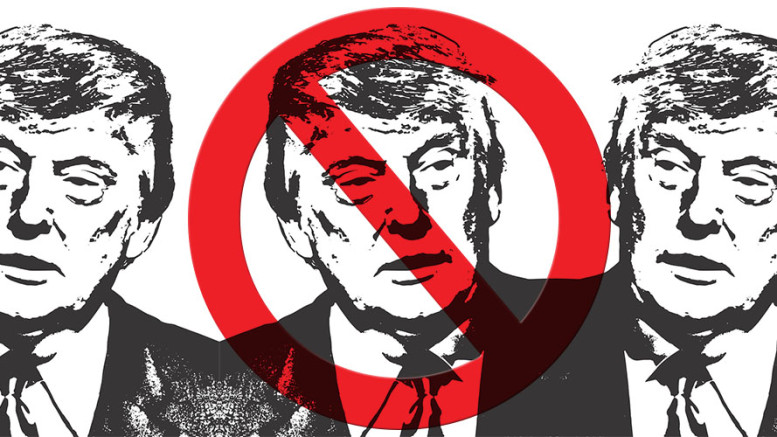 I truly have nothing truly original to say about Donald Trump anymore.

I could call him a misogynist, a xenophobe, or even say he’s the spawn of Satan, but people already have. I could call out the media for only caring about his comments once it was a white woman affected, but many people more qualified to speak on this topic have done so already as well. I could even try and speak from the perspective of a white male, his supposed target audience, but even that has been done.

So instead, here is what I will say: if after everything that has been said and done, you really think that Donald Trump is the man that will make America great again, I do not think there’s anything I can say to change your mind, and that’s a problem.

This isn’t even a question of policy. Policy-wise I heavily disagree with Donald Trump, but I can at least logically see the origin of his arguments and argue against them. Because you can debate policy, just like you can debate stances and plans. You can say the wall is too expensive or that the plan to ban Muslims is unconstitutional.

And if a candidate who was levelheaded, diplomatic and capable came out and put forth these policies, I would at least be able to breathe a sigh of relief that they were not a volatile time bomb. I would still disagree wholeheartedly, but at least I would know I was dealing with a Goldwater rather than a Wallace.

But Donald Trump is, beyond any shadow of a doubt, not a levelheaded man.

His temperament is un-presidential at best and downright dangerous at worst, and his only talent is speaking in a way that has been construed as “standing up to PC culture.” The man is not even a talented orator, he just happened to find a time in American history when “speaking your mind,” has become a politically expedient trait.

And considering the power that being president gives an individual, this is potentially devastating. No, I do not think it’s the setup for nuclear armageddon or even the complete collapse of America. But I do think that a Trump presidency would be very detrimental to the United State’s standing in the international community, and to its own wellbeing.

And so in the end, all I can say is this: if you still really want to make America “great” again, then go find someone better that Donald Trump. Because right now, you are hinging your political future on a man who is not only volatile, but also who is thoroughly unfit to sit in the Oval Office.