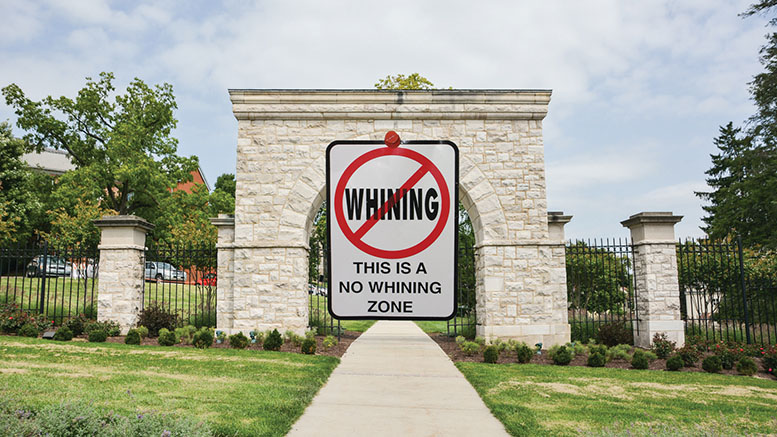 McDaniel College has unveiled its newest fundraising program, with high hopes that it will fund several key projects on campus. This new “name change complaint fine,” aims to monetize the near-constant complaints from alumni about the change of name from “Western Maryland College,” to “McDaniel College,” in 2002.

The new program fines any individual who complains about the name change a total of $50, and then an extra $5 per minute if their complaint lasts over five minutes. The fine can be sent as a donation, or, for repeat offenders, credit card information can be kept on file for quick and effortless fining.

Within a day of the announcement, alumni began to complain that they felt targeted by the policy.

“I’m incredibly angry that my alma mater would engage in such money-grubbing and disrespect,” said Richard Shaneley, Class of 1977, “Western Maryland College certainly wouldn’t have done something this bone-headed. But I guess McDaniel would.”

Mr. Shaneley then proceeded to hand his $50 fine to our reporter, telling them to “go donate it to Bernie Sanders or something, you millennial slacker.”

Meanwhile, recently hired fundraising director Angelina Morreau argued that the program was an excellent means by which to collect donations from a group that generally opposes giving them. She also argued that it helped build a better McDaniel Community.

“It’s McDaniel College, and that’s final,” she said, “if that name is going to stop them from donating, then we have to examine ways to collect money from them all the same. After some debate, this fine seemed like the best option, and so far we’ve seen it succeed.”

She also noted that there was discussion about offering to upset alumni the option of renaming McDaniel Hall to Western Maryland Hall. When reached out for comment, many alumni regarded this offer as insulting, both for being paltry and for offering one of the campus’s worst buildings.

A number of call center workers on campus have had a mixed reactions to the program. Many have started a movement to allow them to take a cut of the fine, given that they are the individuals listening to the complaints.

“We have to hear these people rant for hours every day,” said sophomore Juliana Hernandez, “at least give us some extra incentive for it. We know they’ll have money to do so.”

The school has stated that they are seriously considering these demands. Meanwhile, a weekend into the fine, they have announced that enough money has been raised to renovate McDaniel Hall, triple the size of North Village, and offer free meal plans to all students.

An Interview with Candidate Will Jawando

McPlaylist of the Month: February