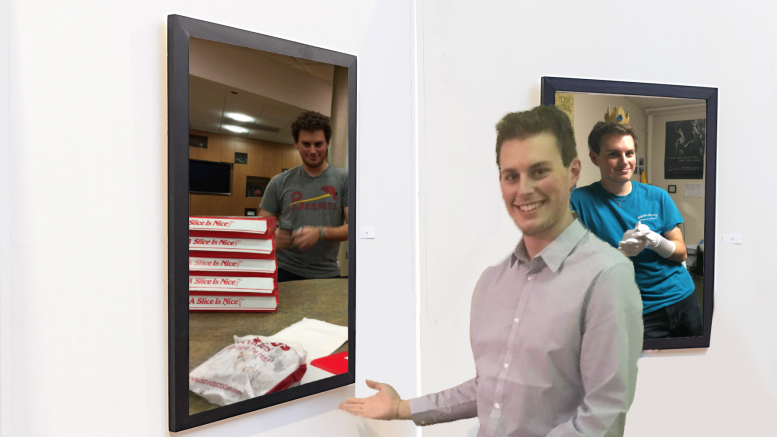 Born in Oregon in 1997, Rice grew up unaware of his namesake across the country in Westminster, Md. until discovering it upon committing to McDaniel College as a member of the class of 2019. When asked for his thoughts on the exhibit, Rice comments “I think it’s really great that they named the gallery after me even before I enrolled at McDaniel.”

“Grains of Rice,” features images of Rice’s experiences, family members, and close friends. The highlight of the exhibit is a painting titled “Distraught Rice Eats Cookie,” which shows Rice eating a star-shaped cookie. The piece employs increased red values to remind viewers of Rice’s red cheeks, one of his defining features. 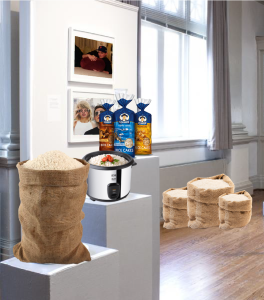 For the opening, Rice was invited to the gallery to talk about the pieces and his life. “It’s about time the Rice Gallery showcased something interesting,” Rice opened as he stood in front of a picture of himself and five boxes of pizza from Vocelli’s and another picture of himself in a Princess Peach crown.

“Grains of Rice” will be on display until April 15. For those unable to make it to the gallery before this date, Rice has offered to sit down and talk about himself with anyone interested in feeding his ego.