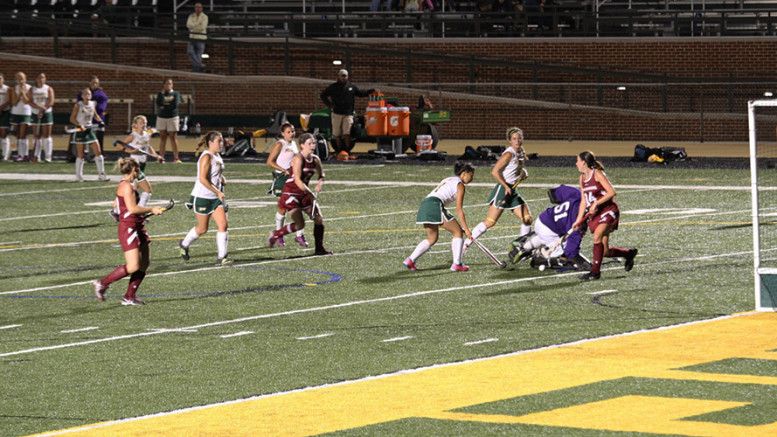 Sophomore Emily Houska netted the lone goal for McDaniel (0-2) with under five minutes to play, tying the game with the assist from Megan Quattrone, the duo’s second connection in as many games.

The Hornets (3-0) took the lead on a Megan Stevens goal with just under ten minutes to play in the first half, her third of the season.

Shenandoah would attempt 12 shots before a Melissa DeiTos goal from the top of the circle put the Hornets ahead for good with 52 seconds remaining.

McDaniel tallied just four shots, all on goal, to the Hornets’ 13.

The hosts were awarded ten penalty corners to the visitors’ two.

“I do have a lot of faith in them,” said Jones. “I thought they picked it up in the second half. As I’m looking at the game as a whole, I don’t think we quite looked like McDaniel Hockey today. There wasn’t a lot of passing patterns, we weren’t stepping.”

Looking at their coming schedule, Jones believes that her teach will compete for the middle of the conference, as they do most years. “I knew that this current 2017 season was going to be a lot of teaching, a lot of developing,” Jones said of her underclassmen-heavy team. “In terms of outlook for the season with the tough schedule we have, I do think that most games are going to be a fight like this. There’s going to be a lot of 50-50 games.”

A glimmer of hope for hockey fans