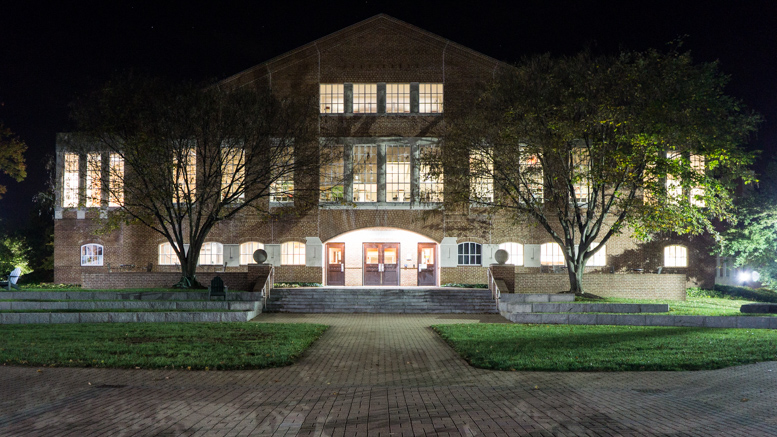 It was midterms week once again, and my dread for the approaching week would be beyond justified.

During midterms, my daily “trips” to the library could have been better described as “camping out.” However, this midterms week my late nights in the library, with the sole exception of an extra two hours on Sunday, were cut quite short at 12 a.m., when everyone was made to leave.

So there I went, back to my room, where my progress on my essays, studying, and other assignment goes to die. My work this week ended up taking much longer than if I were in a more focused environment, i.e. the library. The busiest week of the semester thus became even more challenging.

Last semester, I frequented the library nearly every evening past midnight. During midterms, I recall the time hitting 4 or even 5 a.m. on multiple occasions.

I do remember my first year here, when the library operated under similar hours. This wasn’t an issue under a first-year workload, but as a highly involved senior this is greatly insufficient.

This inconvenience was capped off with the abrupt decision by Campus Safety to begin locking the library doors at 9 p.m., which I was reminded of when I desired to take a brief walk around campus to clear my head amid hours of work.

Adding to my frustration is the fact that the school acknowledged an increased need during midterms, but provided only two extra hours. An email from Provost Julia Jasken told us, “…we do understand the importance of having this space available, should you need it, particularly during mid-term and finals week.”

Yes, we can get our student IDs approved to get into the library after 9 p.m. or into the Charlson Lab 24/7, but it seems many students neglect to do this, which Campus Safety should be aware of. One would assume McDaniel would be efficient enough to keep track of the numbers it assigns to its students and automatically register their IDs. An issue I have with my own ID is that the numbers once visible on the back have rubbed off in these 3.5 years. I’ve been advised get a new ID, for a fee, if I’d like to be able to easily register it again.

Has the school forgotten that the library has become a touchy subject this semester?

Logically, those in charge would know that the curtailing of any privileges and services would trigger resentment, especially when all returning students are paying even more for tuition, room, and board.

Locking the library earlier for ‘safety reasons’ achieves its goal, if that is to keep students ‘safe’ from studying. Given the recent history of incidents on campus, any improvement to safety is overshadowed by inconvenience.

Two cases of vandalism, in Hill Hall and Big Baker, respectively, were done while the buildings were empty, which the library rarely is. An incident involving a gunshot to a window came from residents of Westminster who were locked outside of Whiteford.

When the one electronically locked door in Hill Hall began inconveniencing students at 9 p.m., we found various ways around this. We let each other in, we propped the door open, and some nearly broke the door trying to open it. This doesn’t work and merely worsens student experience.

Students, new and old, indicated their interest: we need our library, “particularly during mid-term and finals week,” as it has been put.

Adding a few extra open hours to the library per week has helped, and somehow managed to tamper down student criticisms. However, it is foolish to think that this can be put to sleep when the extended hours are sporadic and only span until 2 a.m. the Sunday before midterms. The unforeseen decision to lock the library earlier has also led to a resurgence of complaints.

The central marketing ploy of the school, that it is “student-centered,” does not seem to be in effect here. When this statement, and/or the school, prompts resentment, fewer current students and alumni will want to be indirect advertisers, repeat customers, or donors; services the school can’t do without, either.