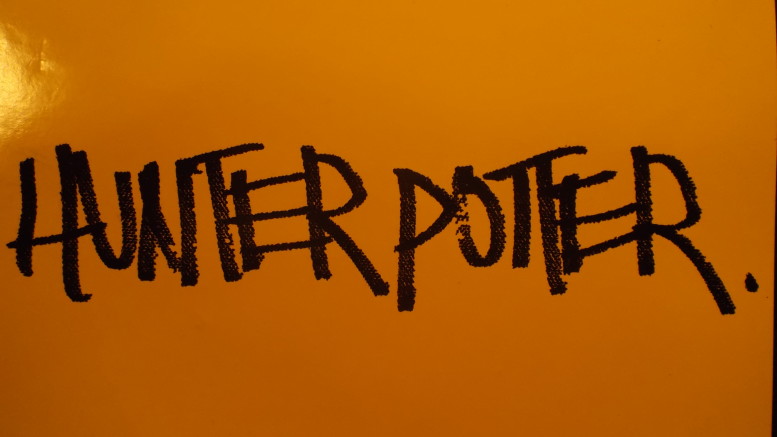 Each semester, two buses pick up the attending students and faculty and make the trek to the big city. One bus heads to the Metropolitan Museum of Art, while the other drops students further downtown in Chelsea. The goal of the field trip is for students to find and observe art that reflects that which they have been studying in their classes.

This semester, one group of students decided to head to Chinatown and view the local art. It just so happened that on this particular day, Orchard Street in Chinatown was full of open galleries, including Chinatown Soup.

According to their website, “Chinatown Soup is a creative community advancing art, justice, historic preservation, and civic engagement in downtown New York.” Essentially, the Chinatown Soup gallery is attempting to both cultivate and spread creativity and diversity in the Chinatown community.

This gallery was currently housing an exhibit called Freaks and Geeks by artist Hunter Potter. Freaks and Geeks contained two distinctly different styles of painting. Though both were painted with acrylic, about half of the paintings were free flowing and messy looking, while the other half were rigid and uniform.

The messier paintings featured varying paint thicknesses on the canvasses, as well as colors that bled into and overlapped one another. The clean paintings, however, featured tight lines, opaque colors, and a clear separation of planes.

Potter, who was present during the McDaniel students’ visit, explained that the messy paintings were the “Freaks” of the show, and that the “Geeks” were the rigid and uniform paintings. He added that the exhibit represented a chronicling of his own life since graduating college.

Right after college, Potter explained that he found employment in what one would stereotypically deem as “ideal jobs” for the art world. He found himself doing what most people would think is the best way to both make money and pursue art, however, he described that he felt trapped in that space. While everything was “supposed” to be good, he felt contained, uneasy, and ultimately unhappy. Thus he decided to run from that and pursue art in his own way, free from the rigid context of his previous jobs.

To represent this contrast in Freaks and Geeks, Potter used the “Geek” paintings to represent the rigid and unsettling context of his previous employment. The subjects of these uniform paintings each contained one element in the composition that was slightly awry. For example, one of the paintings was of a sink in which someone had left the water running and plugged the drain.

Another such painting showed a bookshelf with nothing on it. These slight disturbances in the subjects of the paintings represented Potter’s uneasiness with his “good” art-world jobs. Everything looked nice and uniform on the outside, but something was not quite right.

The “Freaks,” however, represented Potter’s feeling of freedom now that he is outside of that uniform world. Unlike the “Geeks,” there was no unifying theme or consistency that tied the “Freaks” together, except for the fact that they were all painted similarly and represented freedom.

One of the “Freaks,” called “The Fruit of my Labor”, showed a juice bowl with a large pile of limes around it to represent Potter’s current job as a bartender. When asked about how he enjoyed his current life compared to his previous employment, he stated that he loves his current life and that it is significantly better than what he used to do.

Writer of the Week: Emma Richard