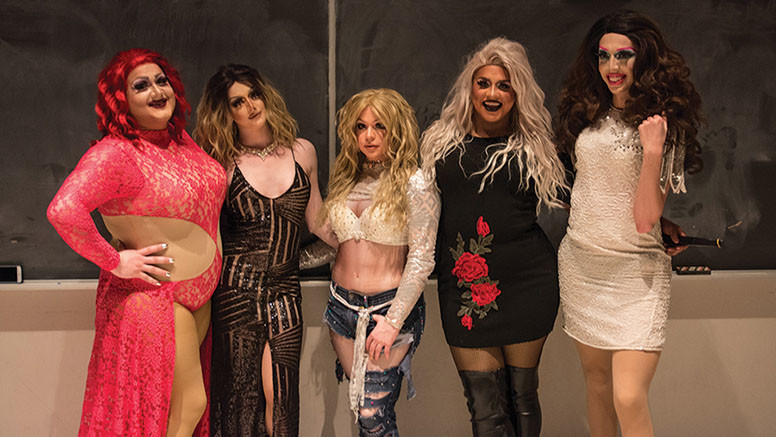 The show was originally meant to be held on March 22, but an unseasonable snow storm caused it to be pushed back. While the drag show has always been one of Allies’ most popular events, this year’s show was the most successful one yet.

The host and emcee was Kit Valentine. Other performers included Evon Michelle, Siren Kelly, Pariah Sinclair, and Whitney Guccigoo. Some of the queens have been regular participants in McDaniel’s annual drag show, while others were there for the first time.

The show began by a performance by Kit Valentine, who then served as the announcer for the rest of the acts. Evon Michelle also acted as a secondary emcee, and hosted the show while Kit Valentine was out of the room for costume changes.

During their routines, the performers travelled around the auditorium and accepted donations from the audience. All proceeds that were raised from these donations, as well as the $2 from each ticket, were donated to the Trevor Project, a non-profit organization focused on suicide prevention for LGBTQ+ youth. By the end of the night, the audience of over 100 people raised $712 for the charity.

A lot of hard work was put into the event, and it has been being planned since December. Both the Allies board and performers were glad to see the event turn out successfully, and especially at the amount of money that they were able to raise. “At the end of the night, we’re here to make a difference,” said Kit Valentine.