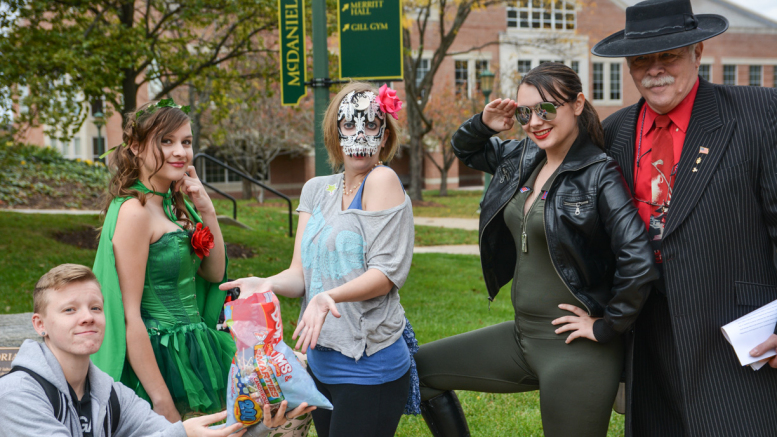 Although not falling on a weekday this year, Halloween still provided a fun day of festivities for students and staff at McDaniel. Fun activities and the spirit of autumn added to the holiday atmosphere: 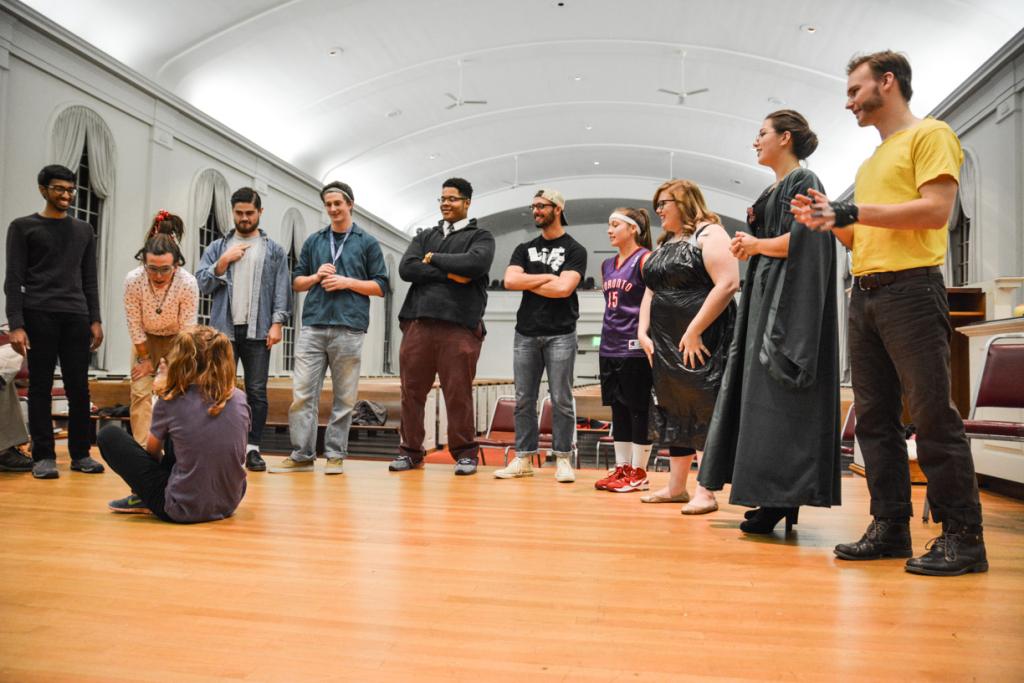 Members of Danger Sauce improvising comical remarks and skits on topics selected by their audience. 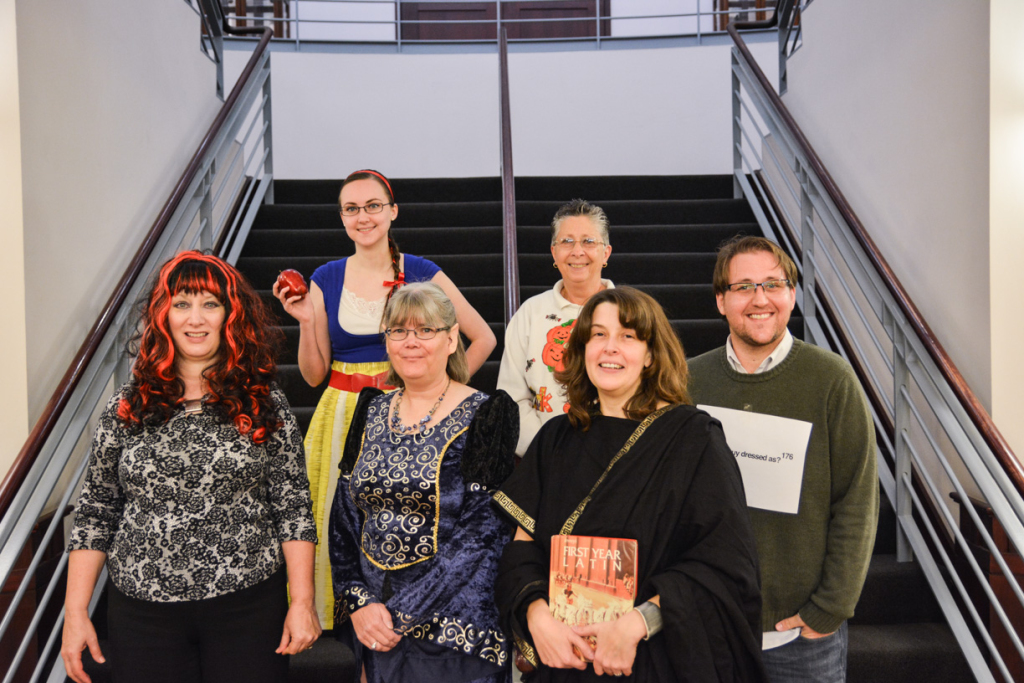 Some members of the library staff came to work in costumes on Oct. 30 since Halloween fell on a weekend this year. 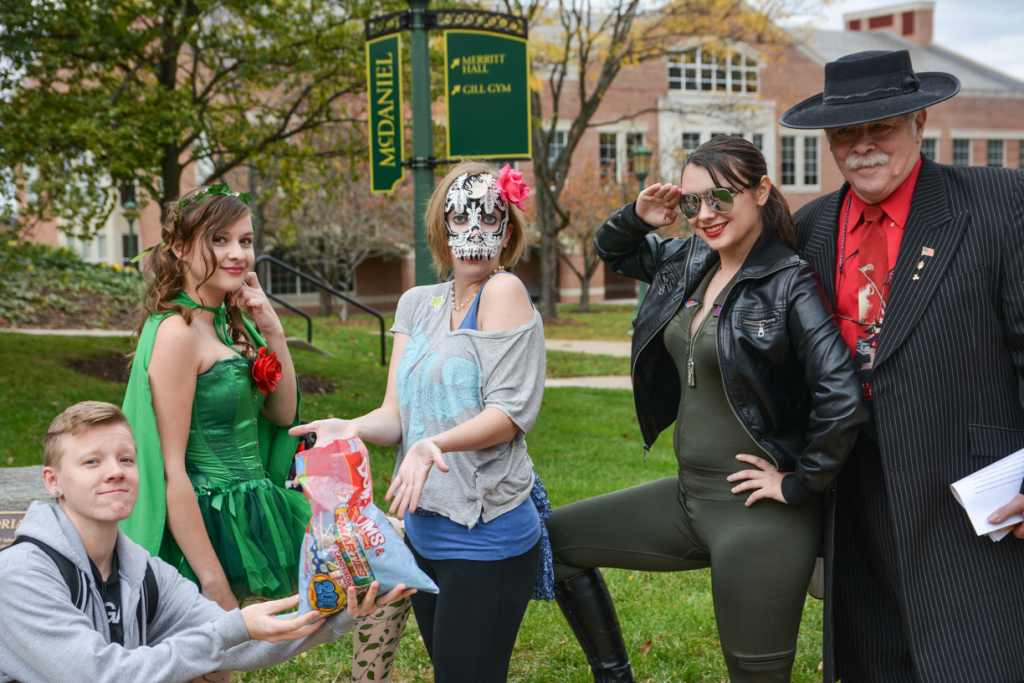 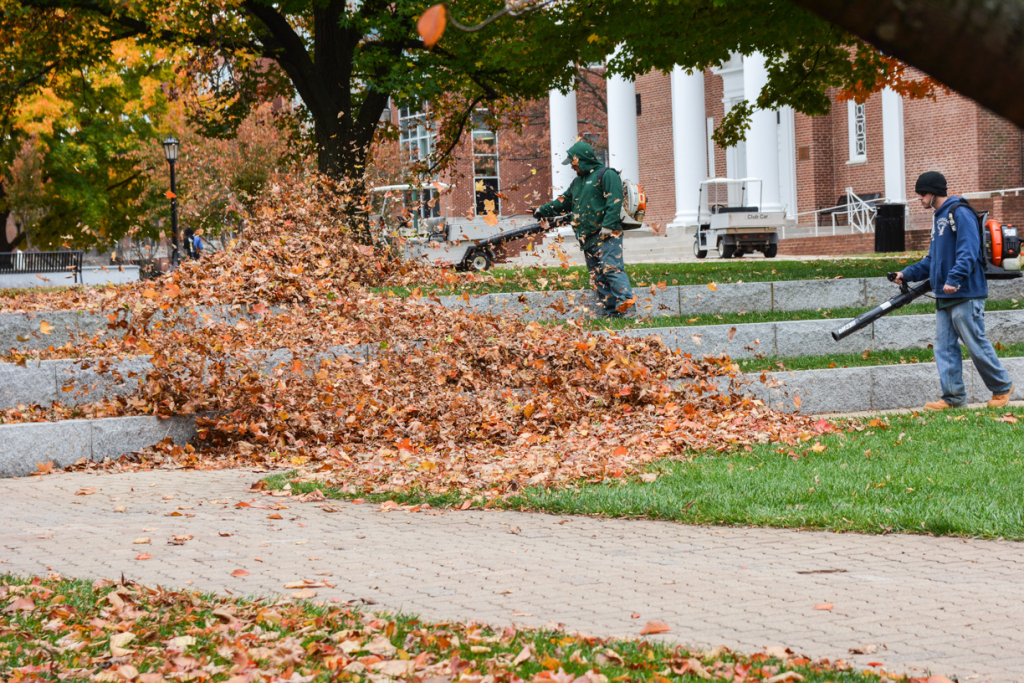 The theme of Halloween is often intertwined with fall. On Halloween Eve, workers dealt with some seasonal tasks. 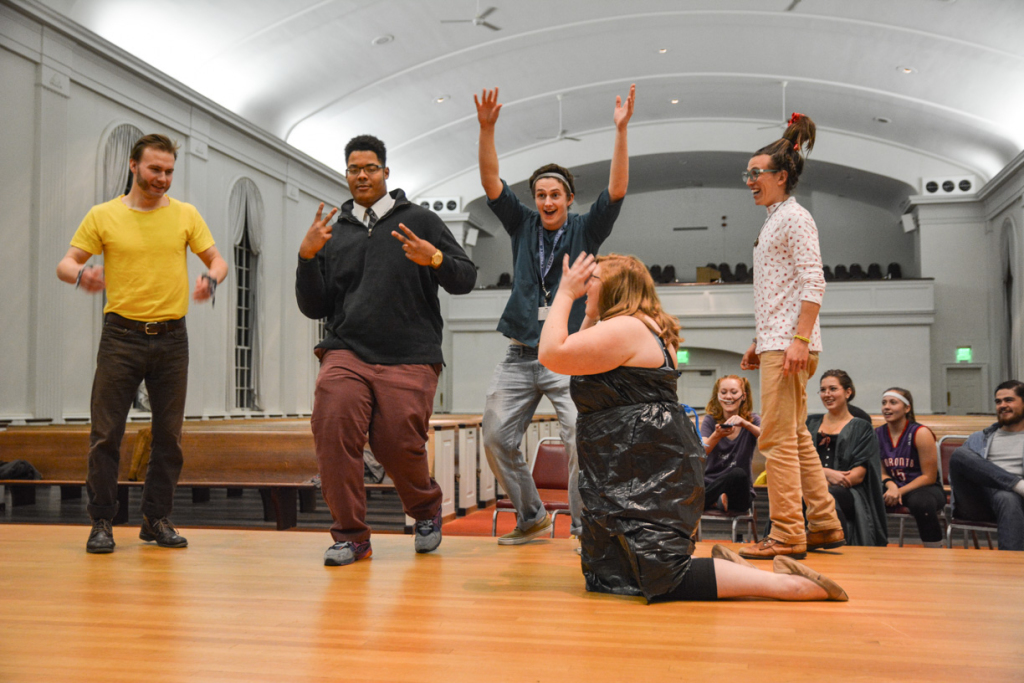 McDaniel’s improv comedy group, Danger Sauce, put on a show on Oct. 30 and entertained a crowd the night before Halloween. 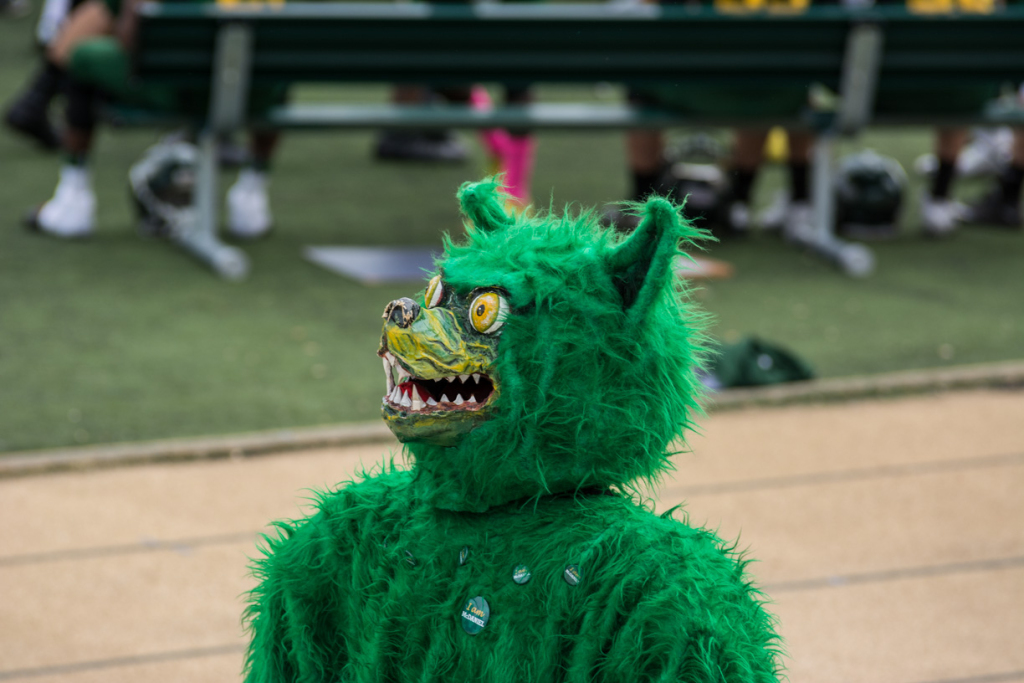 On Halloween, McDaniel had a football game. Here, the Green Terror patrols the event. 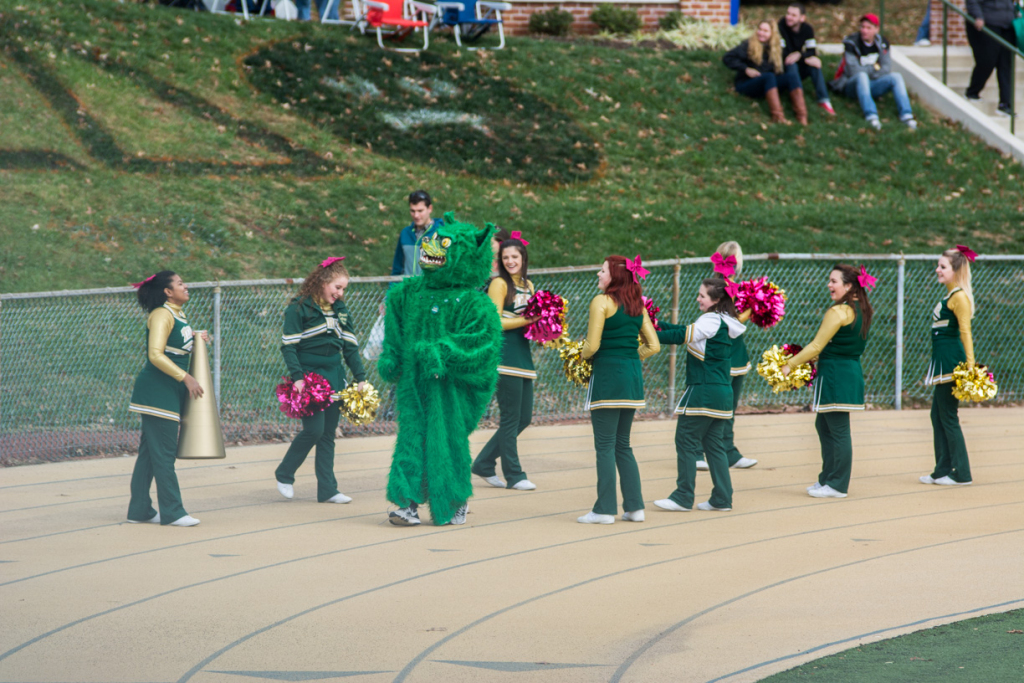 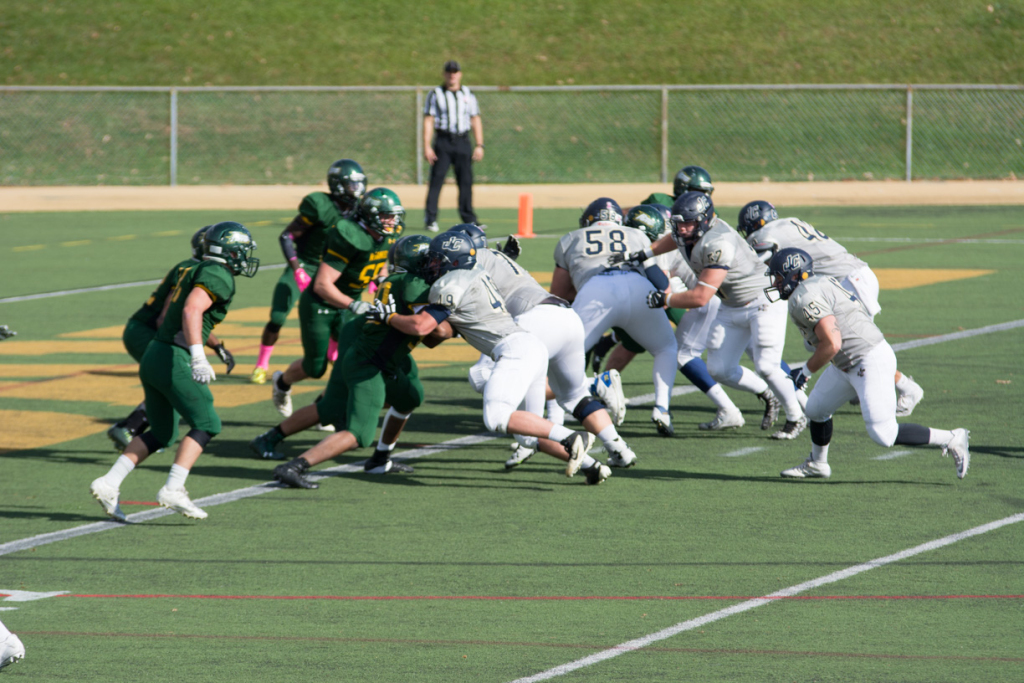 On Halloween, McDaniel’s football team took on the Juniata Eagles. 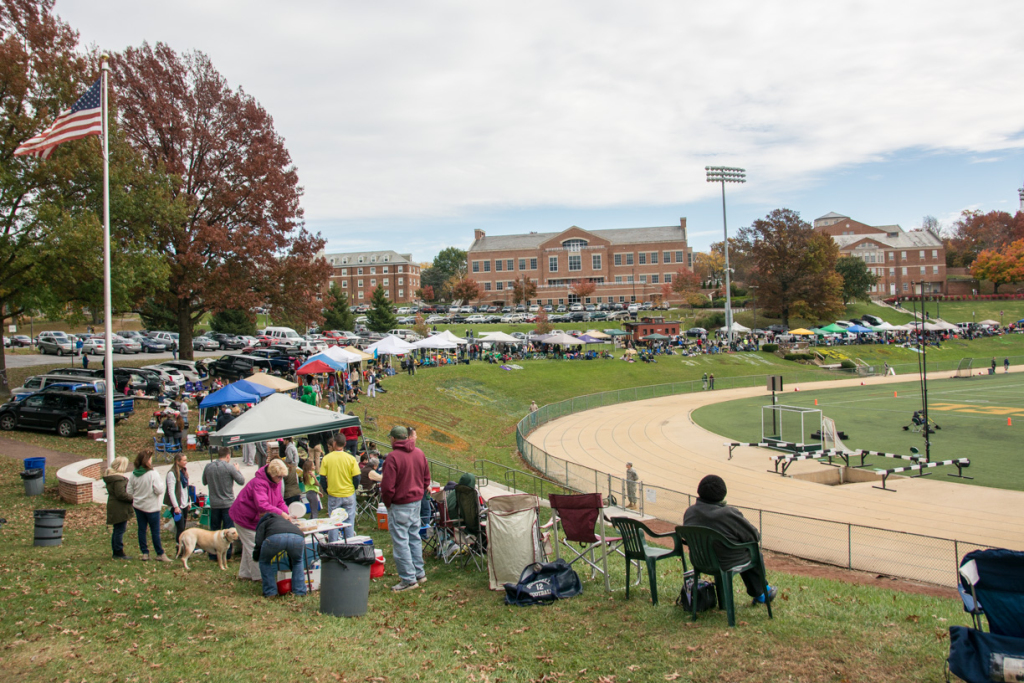 As usual, masses of people tailgated alongside McDaniel’s football game. 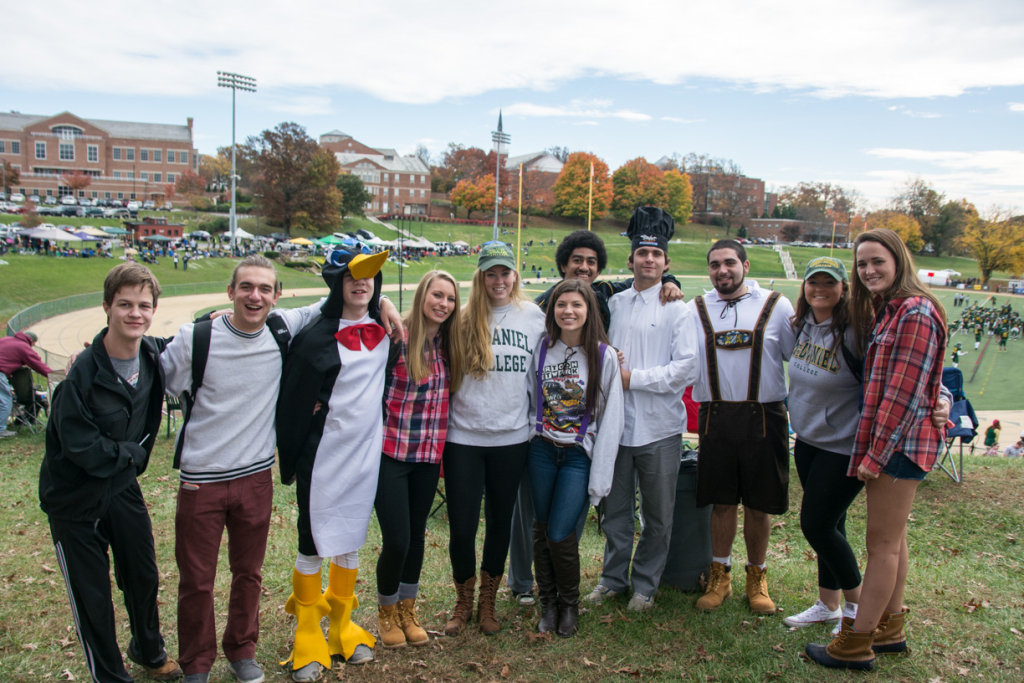 A variety of students attended the Halloween game. Some even showed up in costumes to celebrate the holiday. 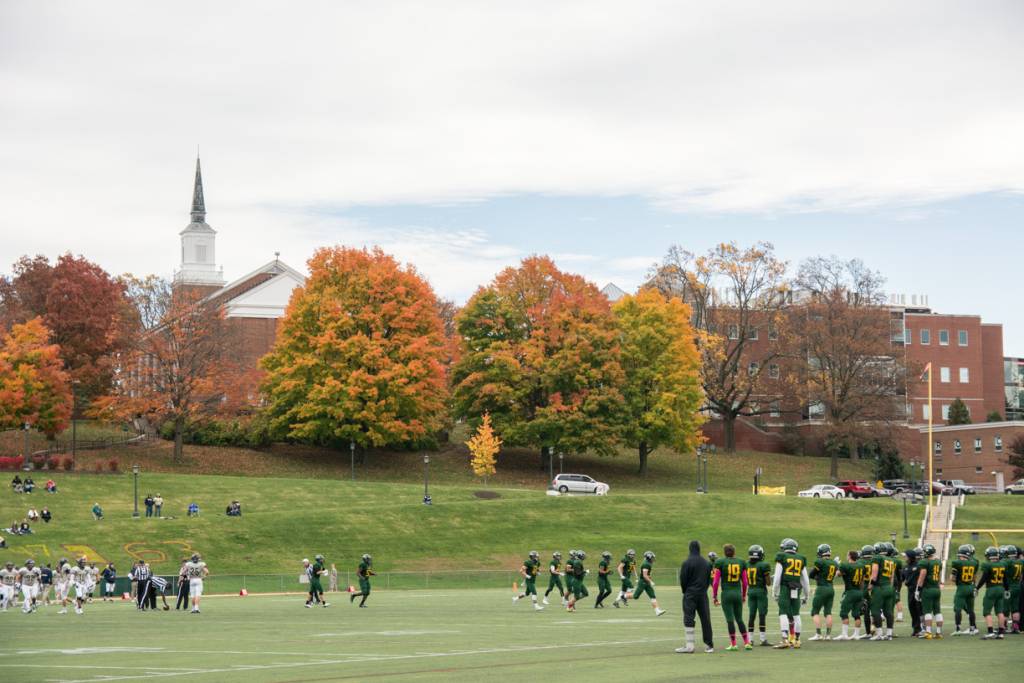 McDaniel’s buildings, along with colorful trees, provided a vibrant background for a football game on Halloween. 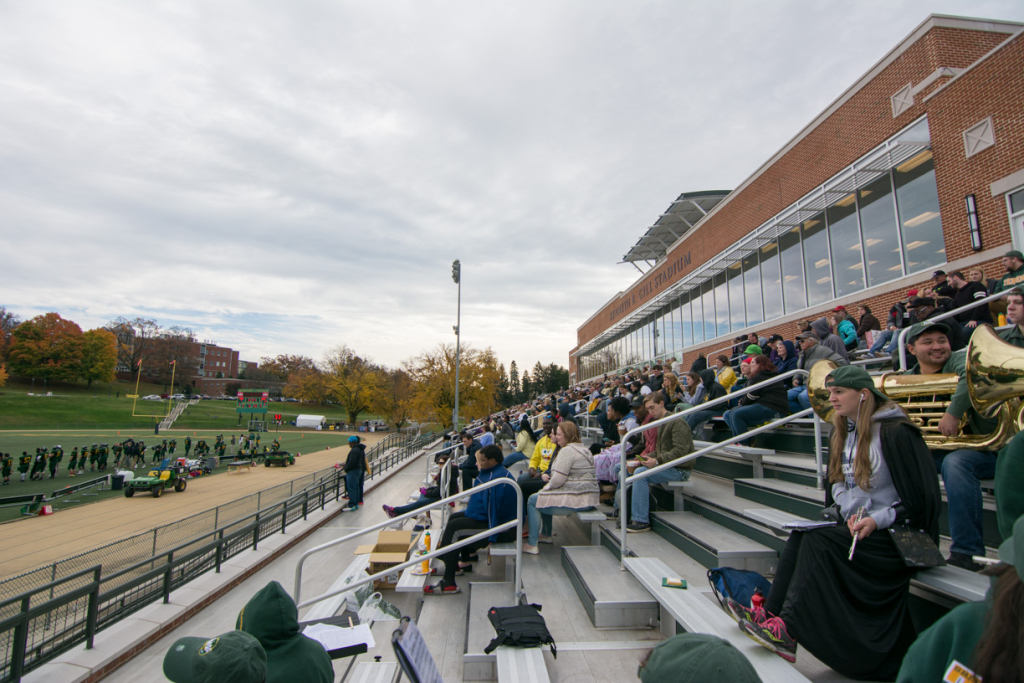 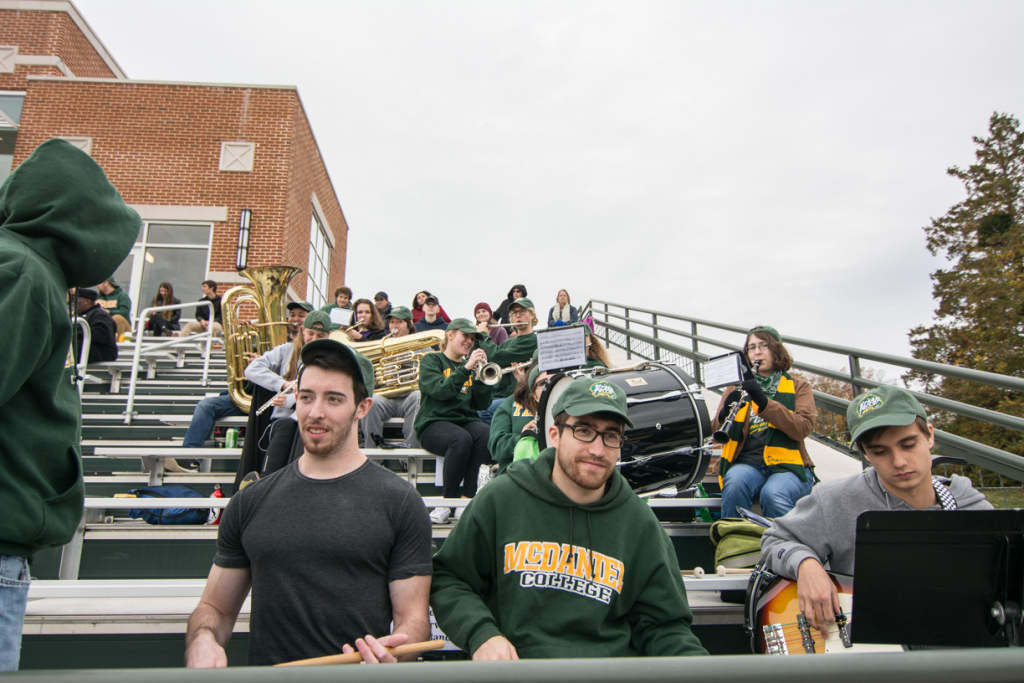 In addition to cheering crowds, McDaniel’s pep band was present to support McDaniel. 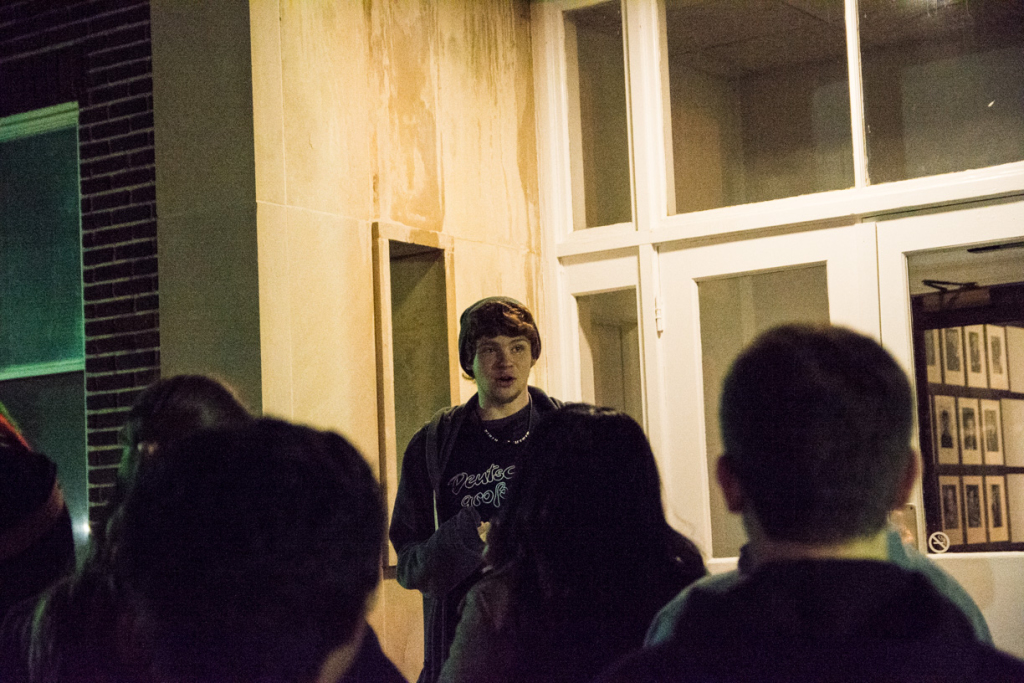 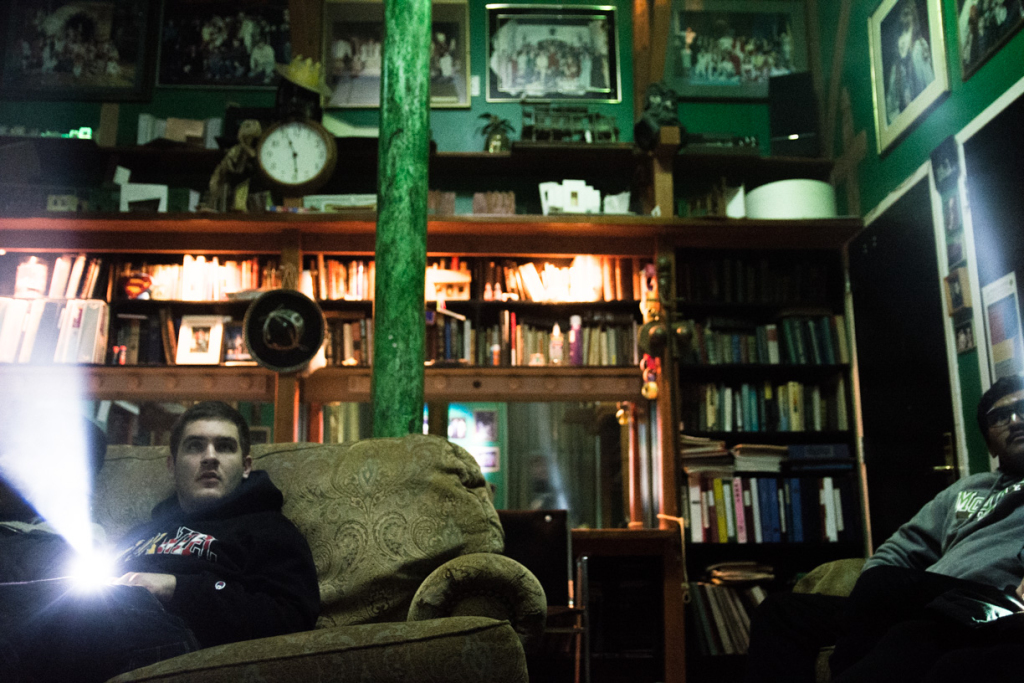 During Alpha Psi Omega’s ghost tours, attendees were taken to the Green Room in Alumni Hall.