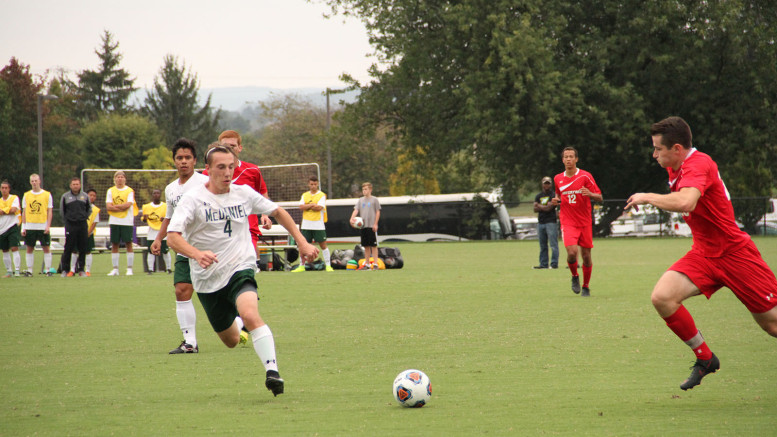 McDaniel Men’s Soccer took on the Haverford Fords on Saturday, losing by a score of 1-0 at the Green Terror Soccer Complex.

The loss was the Terror’s first since their home game against Eastern Mennonite on September 10.

McDaniel (2-4-2, 0-2-1) got their first shot at a goal in the 30th minute off the foot of Greysen Brockbank. The shot came just two minutes following his substitution into the game.

The match remained tied until Carr scored his late-game goal with less than 10 minutes to play.

Carr led the field, both Fords and Terror, putting up three shots, two on goal.

Brockbank and fellow Terror Philip Bonsu both had one shot on goal.

McDaniel goalie Nick Over saved three of the Fords’ four shots in his 90 minutes of play. The team added an additional save.

The Fords outshot the Terror 8-2, five of which came in the first half, compared to the Terror’s 1-1 split.

The visitors held the edge on corners as well, earning four in the first and two in the second to the host’s zero.

Head Coach Steve Corrieri offered some comments after the game, saying that he was pleased with the mindset of his team but wants a little more execution out of them.

“It’s always rewarding when the coach of a preseason ranked 7th best in the country [team] tells you its the hardest game they’ve had so far,” Corrieri continued, in reference to the pressure his team put on the tough opposition in the Fords.